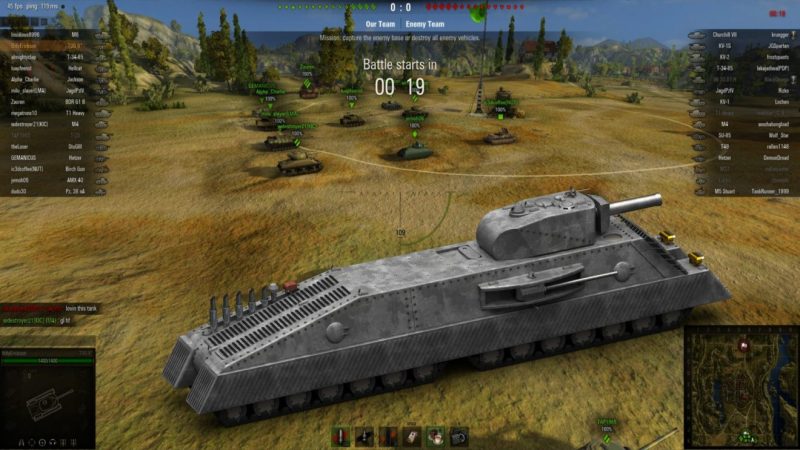 If you’ve never heard of the game, it’s a free-to-play tank simulator warfare game where you pilot over 660 tanks in huge 15v15 multiplayer matchups online.

WoT released a new gameplay experience focused on PvE called the “Spoils of War” War Stories trilogy which gives players a new set of missions that explore an alternate universe where WWII never ended. Players will get to test the perspective from German, Soviet, and American soldiers on the field.

The trilogy starts off with a chapter called Sieben Ritter where you play as Captain Staupe and you need to choose between duty or morals as you battle your own decisions to make the final stand in Berlin or forget your orders and do what’s right for the people in the small town on the German-Polish border.

The second chapter is called The Connoisseur where you play as an American Sergeant named Frank Martines and he has to destroy a stolen art crate. You’re competing with German soldiers as well because this crate contains some historical relics worth a lot of cash. You need to hunt it down and take it from the Germans who intend to “preserve” it for as long as possible.

The final part of the new trilogy is called Potemkin which takes place on the battlefields of Soviet-Germany. You play as Captain Anatoly Petrov and you suspect that a fellow commander has defied Soviet command by offering to sell food on eh blank market in order to prevent starvation. You play bout your morals or duties once again and it depicts the internal struggles of a captain.

Players of the console editions are in for a treat. Alongside the epic online battles, World of Tanks now has some nice campaign-focused missions in this new trilogy of PvE-focused gameplay. For those who like the WoT experience but want something more for solo play, this is it. It’s completely free and has already rolled out on April 3rd, 2018. It offers over 15 hours of gameplay. It’s available for the Xbox 360, Xbox One, and PS4 platforms. What a nice treat, huh?