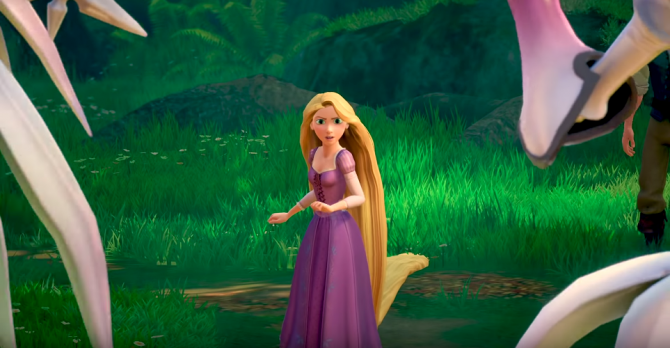 Kingdom Hearts III is the next AAA title that Square Enix has been developing for years now. Many fans have been waiting for over a decade since the last entry into the series- mainline entry, that is.

With the game rolling out in just a few months from now, Franchise Director Tetsuya Nomura posted a tweet stating that the development team has a ton of work to do- so much work that he had to miss out on Italian Lucca Comic and Games 2018. This tweet came directly from the official Kingdom Hearts Twitter account:

"I was supposed to visit #LuccaCG18 but as development on #KingdomHearts III is coming to an end, I have to focus on development. Instead, I've prepared a special trailer for everyone – please watch!"

On the plus side, fans get a new Kingdom Hearts III trailer to watch. Nomura urges fans to watch it saying that it’s a “special trailer for everyone” and pleads us to “please watch!”

The new trailer this time around focuses on the Tangled universe, which is known as Corona. Familiar characters like Sora, Goofy, and Donald are seen roaming about and then run into Flynn Rider and Rapunzel.

This is the first time Tangled has appeared in a Kingdom Hearts III trailer and gives fans something to drool over. The trailer is completely polished and looks like something straight from the game (probably it is?). Tangled was first revealed to be in KH3 back before E3 2018 during the Orchestra’s Encore World Tour.

The trailer later was shown at Square’s E3 Press Conference and during the Ratatouille presentation.

The LUCCA 2018 Tangled Trailer gives fans plenty to be excited about. The animation, artwork, and character personalities are exactly what we’ve been hoping for and are reminiscent of the previous titles. Rapunzel’s character is ecstatic and full of energy, while Flynn and Sora are sarcastic and somewhat annoyed- just like we expected!

Kingdom Hearts III releases here in the West on January 29th, 2019. The eastern release is set for January 25th- just a few days earlier. The game will be available for PS4 and Xbox One. You can pre-order the game on Amazon. In the meantime, check out the newly debuted trailer here: