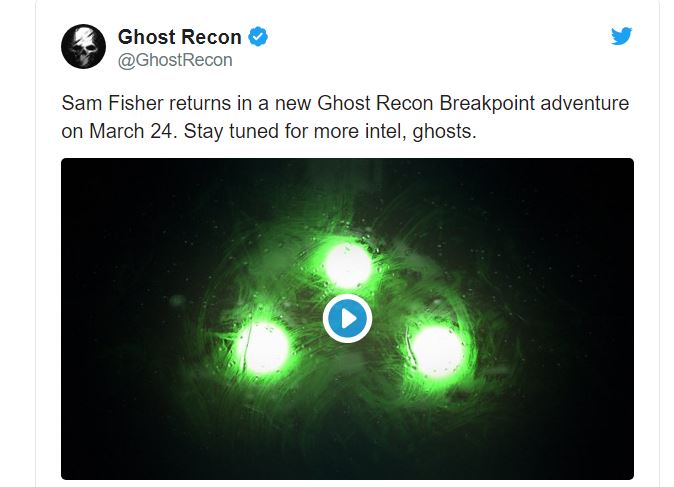 The dark, kickass agent continues his new adventure on March 24, as slated by Ubisoft.

NO specific details were revealed yet, but we can only guess it’ll be similar to the last appearance of Fisher on a backup mission from GR: Wildlands.

As you can see, players want his own game:

This time around, we can expect something similar. Fans of the series have been starved for a long time. And while we haven’t heard any news of a standalone game (that’s actually good), this is the only Sam Fisher fans will get for now.

The announcement goes live on March 24 and will likely be some free content update with a Fisher cameo.