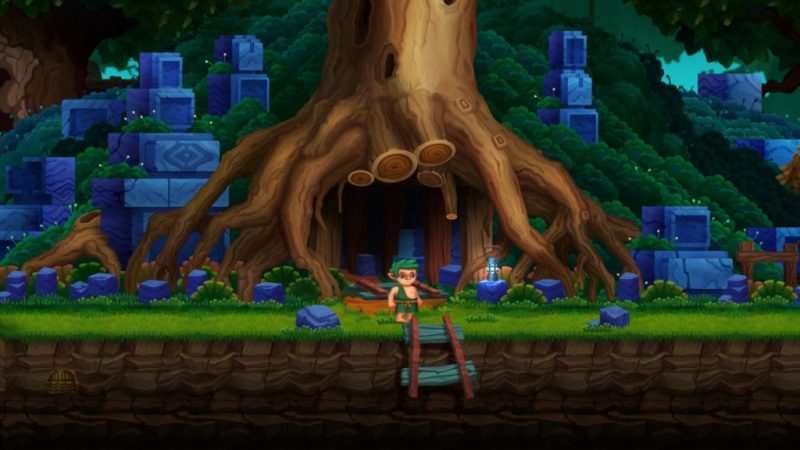 The Path of Motus is a game that aims to depict the effect of hurtful words.

Before you dismiss it as some anti-bullying campaign, it’s actually a very well-done and unique little concept that’s pretty awesome. It’s designed by Michael Hicks and Goncalo Antunes- two indie developers who want to make a game that tackles the subject of bullying. Although it’s not the first game to showcase the trauma and ongoing effects of bullying in the world, it’s a unique way to represent it.

In the world of The Path of Motus, words literally hurt. The game has you playing as Motus, a kid who wants to build and escape out of a fantasy city inhabited by goblins by building bridges. Bullies are ever-present int he game and need to be dealt with accordingly. The city is full of bullies who aren’t too nice to one another, and it’s up to you to find out why the city is this way.

The bridges built in the game are done by solving a bunch of puzzles which range from simple to complex. Motus ages throughout the game and progresses from a small child to an adult. The game has many different characters to interact with that uncover the story behind the city.  There’s a whole cast of NPCs to help you uncover the story and dive deep into the background and lore of the situation.

Hicks mentioned in a post on the official site:

“Motus has big dreams of building bridges through the forest; using an art brush passed down to him from his dad, he can connect groups of nodes together to design bridges! He can also use his brush to solve “Thought Door” puzzles. Thought Doors appear throughout the game, and were designed as an emotional language to convey what Motus is thinking or feeling. While they look and behave like normal puzzles, the ideas behind how they’re solved is the key to how this works!”

The game seems to be a nice little indie adventure game that brings the subject of bullying to light. It’s like one of those educational games where you need to solve puzzles to progress while teaching you about an education subject at the same time. Typically, these types of games only focus on the teaching part which makes them tedious to play. The Path of Motus is similar, but from what I’ve seen, it actually does the game part well and has a good balance between the two subjects.

Check out the trailer: