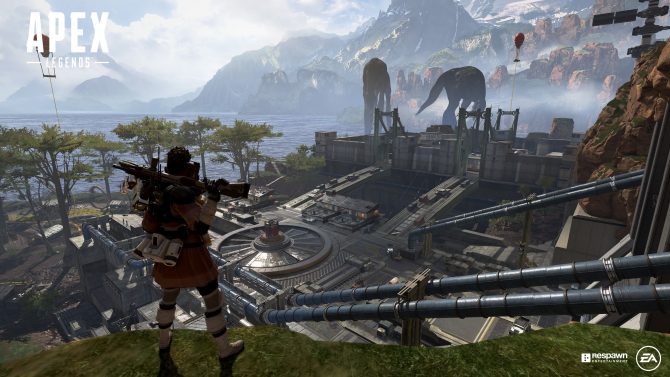 Apex Legends has been doing nothing but making headlines recently.

Respawn Entertainment has revealed some surprising new numbers from the latest battle royale game set in the Titanfall universe. And they just may surprise you.outright.

The game has been released for a week now and player numbers are nothing short of impressive. You’d think that this is just some boring take on battle royale, but this game offers something fresh that keeps players playing.

A new reveal by Vince Zampella, Respawn Co-Founder, shows that the game has now surpassed 25M in the past week. He said that he’d been waiting all day to tell the people. He also said that he saw the total concurrent players connected to the game has reached 2M at peak. These numbers are amazing for a game that just came out and that no one even knew about until the day it launched.

“From everyone here at Respawn, thank you. The community’s excitement for Apex Legends is electric, and we feel it here at the studio. We couldn’t have gotten where we are without you and look forward to having you on this journey with us,”

Apex Legends is like Fornite or PUBG all over again. Another game that’s taking the world by surprise and is just going viral. But the surprising part is that Apex Legends has been dominating so much in such a short time with the limited promotion. The game’s taking over platforms like Twitch and making headlines across all major media outlets just because the numbers are so fascinating.

Respawn’s Apex Legends is really a game worth trying out. Given that it’s free to play, there’s no reason to not give it a shot even if you’re loyal to other battle royale games. We just need to see if this game will keep on trucking throughout the year, or if it’s just a fad.

You can try out Apex Legends on PC, Xbox One, and PC.