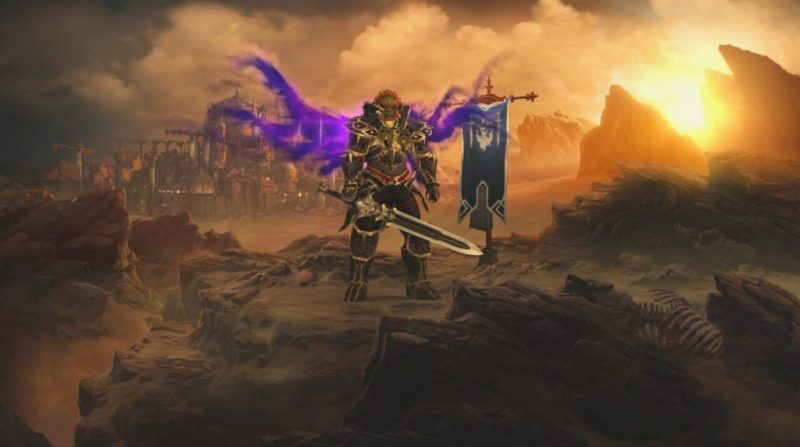 A Forbes post published by Erik Kain was quickly removed soon afterward, but some swift Reddit users captured it and already started a few threads about it all too fast. The news is that Diablo III port for the Switch has been confirmed for release in 2018. With only a few months left, it’ll likely be ready for the holiday season.

After its rocky PC launch back in 2012 and a process of continuous updates and community feedback, the ARPG received console ports in 2014 and 2013 for Xbox and PlayStation. Now, the Switch is next in the lineup of games.

It’s called the Eternal Collection, which includes both the Reaper of Souls and Rise of the Necromancer expansions and some other additional content. It’ll retail at full price- $59.99. It’ll also have special Nintendo exclusive in-game content like a Ganondorf-esque cosmetic armor set, a Tri-Fore portrait frame, a Chicken pet, and even some Echoes of the Mask cosmetic wings. This content is pretty neat since it combines two different universes into one- especially for returning players who are already familiar with Diablo games.

The game allows returning players to explore the new content or new players who’ve never played a Diablo game to play it for the first time. It includes both docked and portable modes and up to 4 players on a single Switch console or separate Switch consoles linked wirelessly and without an Internet connection. The Nintendo Switch Online service will also allow online play with cloud-saving support.

So far, no release date has been announced. This will be the first time Blizzard’s released a game on Nintendo in 15 years, which is definitely something to be excited over. There have been a efforts to bring more exclusive Nintendo content to the Switch in terms of games released in the West, with Ubisoft announcing Starlink: Battle for Atlas at E3 which has exclusive Nintendo goodies.

As we near the holiday season, we should see more news about the Diablo III: Eternal Collection. Stay tuned for updates.