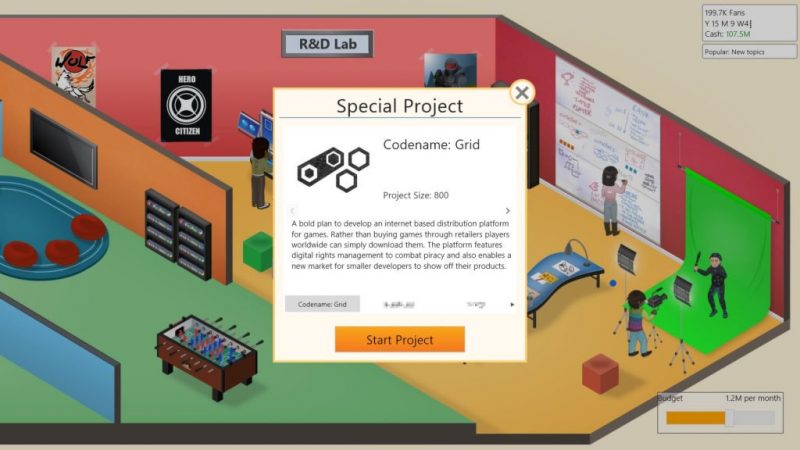 Game Dev Tycoon is scheduled to be released on PC early 2018.

If you’ve never heard of it, it’s a game developed by Greenheart Games and it’s exactly what it sounds like. The game has you running a team of developers with a top-down Sims style approach. It features colorful graphics as you run a studio full of existing parodies of popular games.

The game even has a “Pirate” game mode that showcases all the hassles of developing a game- like piracy and DRM. It also has a Greesocks GSAP animation library, which allows modders to create their own mods for the game. Community support is always something that can back a game and turn it into a success.

The game is currently available for beta on Steam. All you need to do is go to the game’s page, add the game to your library, and opt-in to the beta (from “Properties”). The game will then let you play around with the beta version.

The new version Game Dev Tycoon was announced in October 2017 and is pretty well anticipated. It’ll also be available for iOS and Android as well for mobile gamers. The current game iOS version is available for $5 here and the PC version is the same price at the time of this writing for Steam’s Winter Sale.