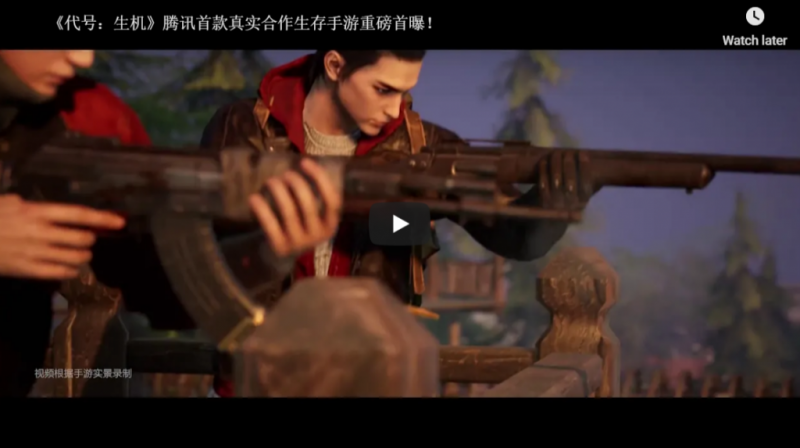 Tencent released a new trailer showing off some scenes for their upcoming mobile zombie-themed game.

Publishing giant Tencent uploaded a new trailer with some scenes from this unknown game.

From the trailer, we can see that the game takes some definite influence from games like Days Gone, Left for Dead, and Metal Gear Survive.

Other than the codename of the game, which is in Chinese translating to “Live,” there’s not much to say about the title. It seems to be a pretty action-packed mobile game, which has some spectacular environments.

Tencent knows that the zombie genre has a lot of competition, and seems to be grabbing elements from various other games to create this new project.

Ubisoft and Tencent have recently teamed up to bring the library over to PC and mobile to the overseas playerbase.

This project seems to be an online open world game based on zombies and there’s even online co-op which resembles Days Gone: