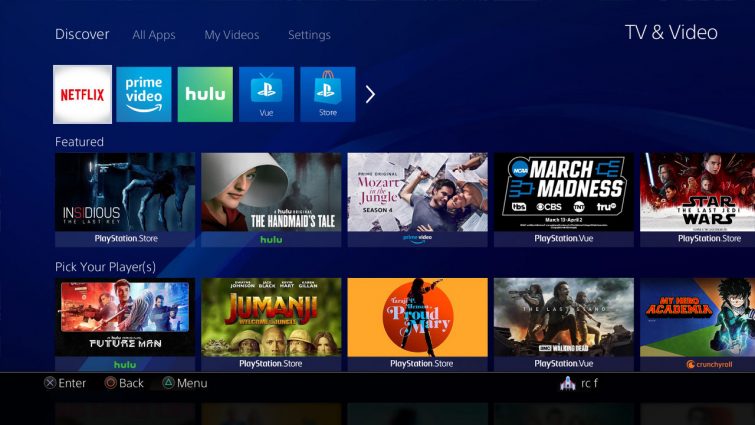 PlayStation has recently gotten a new makeover in the TV and Video section according to a post on their official blog.

As you probably know, the PS4 allows you to watch shows and TV through the menus using the system’s OS. The TV and Video portion have been in need of some major updates for a while now, as it was dragging behind the Xbox One.

The major update is the condensing of the video content all within a central location. All you need to do is launch the TV and Video app and you can manage everything in one screen without having to jump through different apps just to watch some videos. However, some players are used to this so the developers still let you do it the old-fashioned way if you’re used to it.

The new Featured section contains highlights from across all the video platforms. The Spotlight section does the same thing but only groups videos around a central theme- similar to what Xbox One is currently doing. For example, if the theme is action, the Spotlight may group a whole bunch of action shows and movies in one place. And the PS Vue section shows you live broadcasts that are popular in your current location in real-time. These are trending channels that you may be interested in.

You also get direct app access to the stuff you use most and a full list of available video platforms along with your PS Store video library.

The update also allows for a personalized experience on YouTube. You can tie your Google Account to your PlayStation and see suggestions on your menu based on your video tastes. Plans to do the same for other video platforms in the works.

If you use your PlayStation as a media center, you’ll be glad to know that Netflix, Hulu, and other on-demand media also have some minor adjustments to make the experience easier and smoother overall. The update should already be live for all PS4 owners.

You can get the full scoop on the PS blog.