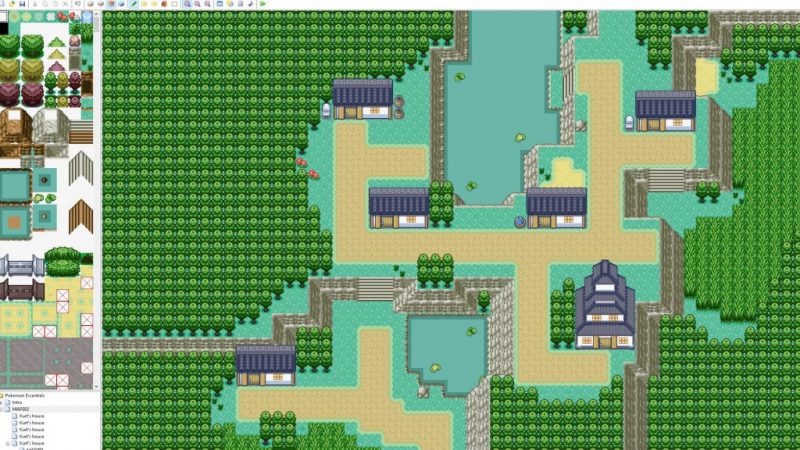 Pokemon Essentials, a free fan-made mod, just got the axe from Nintendo.

It’s a game that was started back in 2007 and provided many tools that allowed developers to build a near true copy of a handheld Pokemon game. It had graphics, music, maps, and tilesets that were nearly identical to the original games. The toolset has been used many times in the past and created games like Pokemon Uranium. The community behind it was also huge- involving folks at the PokeCoummunity forum and a dedicated wiki, which has also been shut down via DMCA.

The shutdown was due to a copyright claim by Nintendo of America, according to a post on the PokeCommunity by a moderator who goes by Marin. Marin stated that everything related to Pokemon Essentials will no longer be distributed by the community, including derivate works like Essentials GS and Essentials DS which were used to create fan games like Pokemon Gold and Pokemon Pearl.

Marin also asked the community to not go after Nintendo and fight for the engine. He wants to keep this as a peaceful cease and desist:

“Please don’t freak out about the claim.”

“There’s no reason to get angry with Nintendo or anyone else involved. It doesn’t need to be a bigger deal than it should be.”

The Verge also reports that a representative from the wiki stated the following:

“[The] fandom received a DMCA notice on behalf of Nintendo notifying us of content that was in violation of its copyright holdings. After carefully assessing the violations in regards to the Pokémon Essentials wiki, we came to a decision to take it down.”

We shouldn’t be surprised. Nintendo will aggressively protect their copyright from fan games or modified games. They’ve taken down games like Pokemon Uranium and the Metroid 2 remake AM2R. They’ve even attacked Game Jolt and GitHub for providing fan games in their databases and blocked HD remakes of games like Super Mario 64.