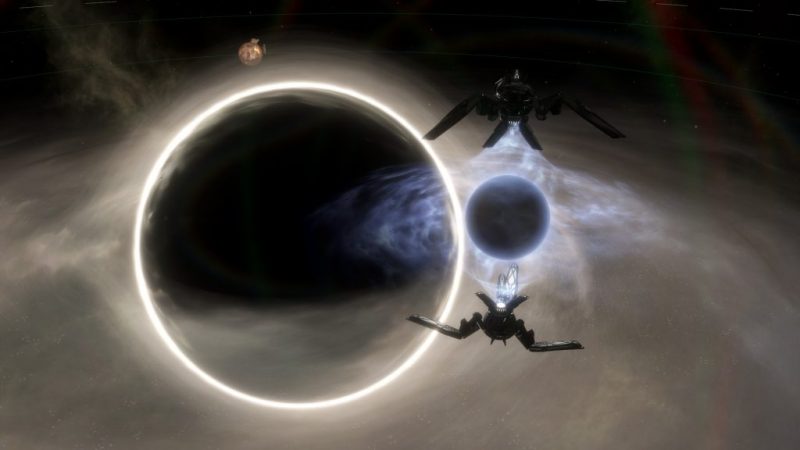 Paradox Interactive has recently announced that their awesome epic strategy game Stellaris has a new DLC pack coming next week.

Fans of the game will already know what to expect. But those who aren’t really familiar with it or have put it down for a bit may be surprised to see the updates.

Stellaris: Distant Stars will bring a new focus on discovering new and weird creatures that lie in the far reaches of space. New surprises will occur that may help or harm your exploration adventures, and new revelations will be received in this DLC pack geared towards building a backstory.

There will also be new solar systems to be discovered each with their own tale to tell. The more you traverse the galaxy, the more you’ll find in terms of new tech to implement to your ship and new resources to utilize. If you’re a fan of exploration, you’ll probably like this update. Then again, this game is all about exploration in space.

You’ll find some hidden traces of a gateway network that gives way to a hidden constellation that lies outside of your own galaxy. You don’t know what’s hiding in this far void, but you’ll have to find out by taking the dive. As you travel to this new galaxy, you’ll find some notable resources and events that’ll allow your team to learn new methods of observing and analyzing the entire galaxy.

The new DLC pack pretty much focuses on having you do what the game does best- explore. You’ll get rewarded handsomely for exploring deep space and a lot fo backfill storyline for those who care.

There will also be plenty of new monsters waiting for you also. You’ll find huge creatures that live in wide areas that are behemoths in scale. Some of them are gentle, others not so much.

Stellaris: Distant Stars will arrive on PC, Mac OS X, and Linux on May 22, 2018. Be ready to explore some real space.