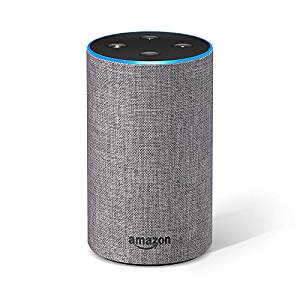 A new report claims that only a very small percentage of their customers that own Alexa devices shop with voice commands. Analysts have been optimistic in their predictions about consumer shopping via virtual assistants.

Most customers who do actually place an order only do it once or stick to a very limited scope of products. Two people who were briefed on Amazon’s figures said that only around 2% of people who own Alexa-equipped devices have ever bought something with said device. And of that 2%, 90% tried it only once. That’s a very small percentage of people who buy using Alexa and isn’t really “optimistic” at all.

An Amazon spokesperson told ArsTechnica that they “do not agree with the numbers represented in the article” that was published. The full statement reads:

We do not agree with the numbers represented in the article. Millions of customers use Alexa to shop because it is the most convenient way to capture needs in the moment. It’s as simple as saying, “Alexa, order dish detergent” while you are doing the dishes or “Alexa, order copier paper” as you reach for the last one. We want to enable customers to shop in whatever way is easiest for them.

Purchasing with Alexa usually involves low-cost products out of impulse or minor repurchase decisions. Things like toilet paper or toothpaste are purchased because of consumer familiarity. This is what composes regular shoppers with Alexa. You can simply tell it to “order some more toothpaste” and that’s it. you don’t have to consider your decision because you already know what you want. And you don’t really care because you’re familiar with it and it’s cheap. Alexa will likely buy “Amazon’s Choice” products to fulfill your order.

But in the case of expensive items like electronics or appliances, consumers don’t really opt for virtual assistant purchases. Making decisions like this requires reading reviews, specs, and even finding cheaper retailers before buying.

However, Amazon is well-aware of this and has tried to incentivize Alexa buy offering special discounts for using it. Some third-party analysis reports confirm that Alexa usage is actually much higher than what the report from earlier states. Alexa sales continue to do well in sales numbers and has a growing user base. Even with just 2% of people making purchases, that 2% will continue to encompass a growing number of users as Amazon continues to develop the user base of Alexa-powered devices.