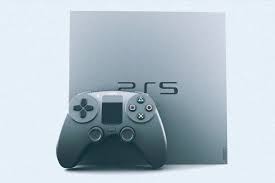 However, with the PlayStation 5, this may be all changing and getting Sony back into the game (of running older titles), as reported by Gearnuke.

Various sixth and seventh gen consoles included physical hardware so that older games can be run. PS1 games could be played on a PS2, and PS2 games could be played on older PS3 consoles. Xbox 360 could play some Xbox titles, and Xbox One can play both Xbox 360 and an ongoing list of Xbox games. Nintendo also allows backward compatibility on their Wii and GameCube games.

Digital emulation and backward compatibility are still going strong and players want to play and relive older times or get into the game they couldn’t play before.

Sony filed a patent on October 2nd, 2018 titled “Remastering by Emulation.” The patent summary is as follows:

“Each asset such as a texture called for by legacy software such as a legacy computer game software has a unique identifier associated with it. The unique identifier can be rendered by imposing a hash on the asset, and then the asset stored with its identifier in a data structure. An artist remasters the textures for presentation on a higher resolution display than envisioned in the original software, and stores them back in the data structure with their identifiers. The original software is then played on the higher resolution display, with asset (such as texture) calls being intercepted, identified, and the data structure entered to retrieve the remastered asset having a matching identifier. The remastered asset is then inserted on the fly into the game presentation.”

TL;DR: Sony is playing around with running legacy titles on a newer system via digital emulation rather than hardware parts. This easily jets the idea of backward compatibility.

Previous generation game enhancement or not, the PS4 Pro has enhanced titles that allow for better graphics, resolution, or FPS. They’re catching up to Microsoft, which has been emulation games for quite a while now. Digital emulation is how most games backward compatible now, rather than having the hardware available to run older titles, it’s all done by software.

Sony doesn’t seem to be doing anything new, but rather jumping on the bandwagon and keeping their PS5 competitive by going retro. Remasters don’t appear to factor into the next gen consoles as much as they have with current systems.

Recent games that already look pretty don’t need to be upscaled, or rather, the difference would be minuscule. Older titles are an exception. So what we can expect is older titles to be modernized, and modern titles to look the same as they are. It really depends on the age of the game and the tech utilized at the point of release.

Nonetheless, the PS5 will likely have backward compatibility via emulation to add to its feature list, which makes it competitive that much more. Every feature counts.