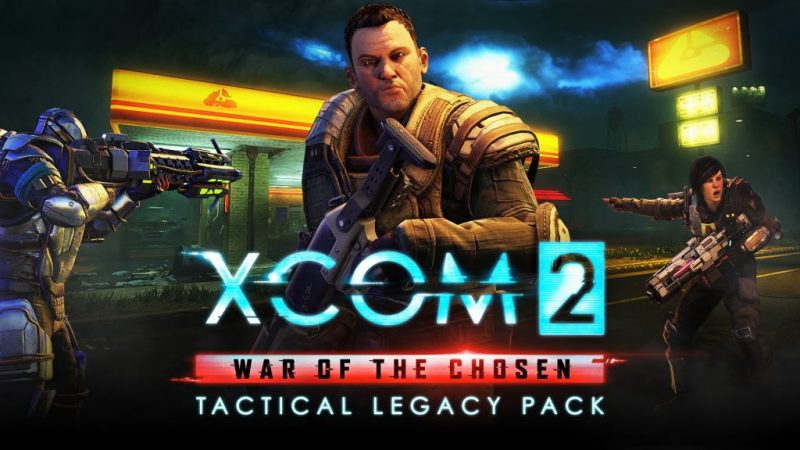 XCOM 2 will be getting a new, free DLC content pack next week that’s literally packed with new content. XCOM 2 and its expansion XCOM 2: War of the Chosen – Tactical Legacy Pack will be free on October 9th, 2018 for gamers who own the base game. But it’s not free forever- on December 3rd, the DLC will be had for $7.99. So act fast!

War of the Chosen – Tactical Legacy Pack will include three new gameplay modes: Legacy Ops, Resistance Archives, and Skirmish. Legacy Ops is the connection between XCOM: Enemy Uknown and XCOM 2, which takes place 20 years in the future where an alien threat has broken out.

Here’s a video showing off the pack:

Legacy Ops includes 5 missions where you control Central officer Bradford, Lily Shen, and other XCOM personnel as you wade through mission and defeat hordes of aliens hungry to eat you up. This mode will have no base management and is a combat only mode.

Resistance Archives will be somewhat of the same, but with missions that get harder and harder each time you beat them. And Skirmish mode sounds exactly like what it reads- you can “create and play your own custom XCOM tactical missions using the included editor that allows you to modify various settings (map, squad loadouts, objective, enemies, and more.)”

There will also be new maps in the Central Archives mission alongside these new game modes. The developers are remasting several battlefields from the 2012 XCOM: Enemy Uknown and its expansion Enemy Within. Weapons and armor will also be included in the mission. After you complete the mission in Legacy Ops, you can use the weapons and armor in the base game.

There will also be new helmets, soldier attitudes, and photobooth options. There will also be new soundtrack options that includes tracks from the previous game and a new UFO Defense-like track. Lastly, there will be an Offline Challenge Mode that allows players to fight in any of the game’s 100+ War of the Chosen challenges as often as you want to play them again.