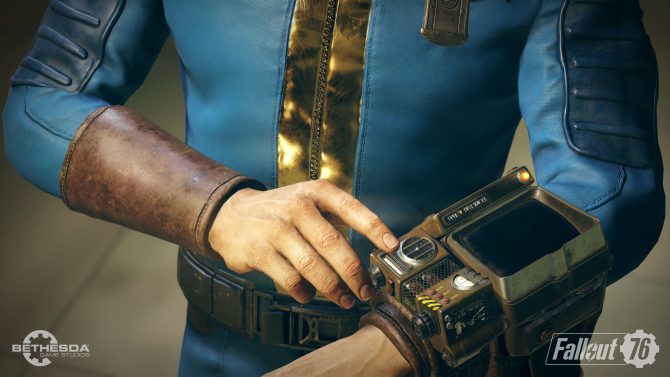 On Tuesday, November 6, players will be able to join the second-to-last BETA test session for a mere two hours from 1-3PM ET. Fans have already expressed concern on Twitter saying that the short time frame makes it difficult to play since they’re likely trying to get as much playtime as possible during the BETA so they can have some powerful equipment in the actual game (gear is carried over to the full release).

The last session will be on November 8, where players can explore West Virginia one last time for a much more reasonable time limit of 6 hours.

Both sessions will apply to all platforms simultaneously.

ICYMI – The the schedule has been updated with the final two B.E.T.A. sessions.

Hang out with us Tuesday and Thursday before launch on November 14. pic.twitter.com/DaPtpTGNfM

Bethesda likely made the time frames short on purpose so it forces all players to log in around the same time. This will ensure server stability for the launch day when the entire globe begins bombarding their servers with requests. Rather than have a game offline on the first day, which is especially important for Fallout 76 since it’s a fully online game, Bethesda is being proactive about stress testing their hardware to guarantee a smooth launch.

With player progress carrying over to the retail version of the game, some players will already have an advantage from day one. However, players starting fresh don’t have ot opt-in to PVP until level 5, so this safeguards us newbies who didn’t have time (or access) to the specific BETA test times and dates.

Fallout 76 is less than two weeks from release and will go live on Nobemver 14th. You can pre-order the game on Amazon here. Are you ready for the next Fallout entry? I’ll be no-showing at work that day.