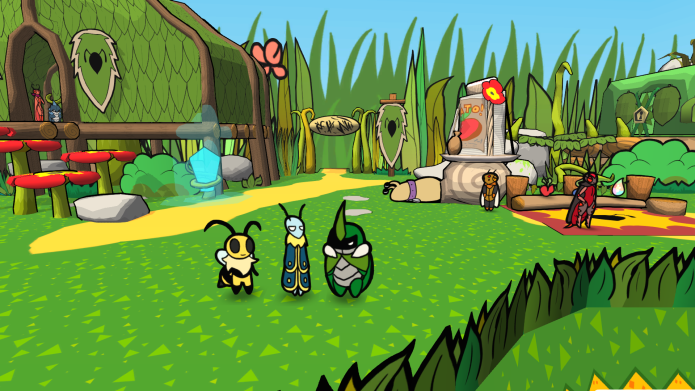 The upcoming game Bug Fables is like old-school Paper Mario- you know, the good ones.

The folks over at Moonsprout Games will be creating a game called Bug Fables, and they just released the trailer for the game.

So far, this is almost like Paper Mario in another dimension or something. It seems to bring back what we missed from the original entries and seems to play just like the classics. The overworld, battles, and even HP/MP system works the same.

Everything in the game looks like old-school Paper Mario- from the way the game works, plays, and even the artwork, which is plain colorful and gorgeous.

For those who played Paper Mario on the N64, you’ll know exactly what I’m talking about. There’s also classic humor that you’d expect from Paper Mario, such as The Thousand-Year Door.

Bug Fables will be a mix of old-school Paper Mario and some new elements, so the game won’t necessarily be a clone of the classic. There are action commands, cooking systems, and even a crafting system.

The game will be released on the PS4, Switch, and PC this September. If you’re ready for another epic adventure that plays just like Paper Mario, check out the trailer: