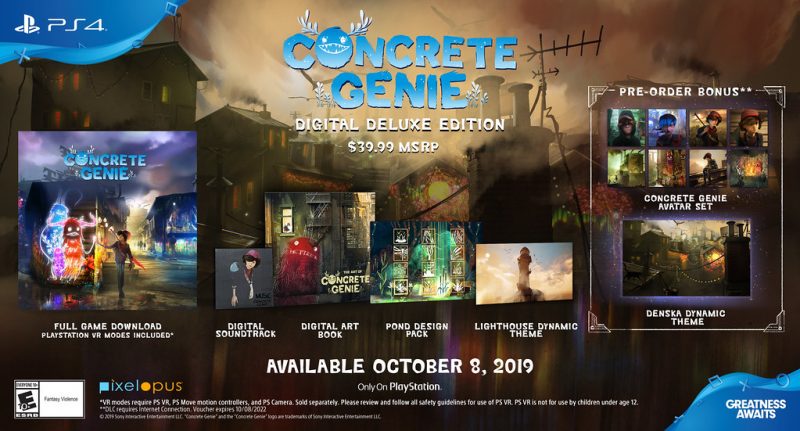 Concrete Genie will be launching on October 8th for the PS4. And there will be a photo mode confirmed by Sony.

Pixelopus’ new adventure game will be here soon. And it’ll only be a mere $29.99 for the stndard edition and $39.99 for the deluxe edition.

Concrete Genie is a gorgeous-looking adventure game with two VR modes. The game has you playing as an avatar that “paints” things to life. There’s a built-in reply feature to watch how your artistic creations come to life and a photomode to take pictures of your art.

People who pre-order the game will get a special Dynamic Theme from the game with special music composed by Sam Marshall.

Many players are looking forward to this game and praise Pixelopus for their support.

With Sony releasing Concrete Genie, Medieval, and Death Stranding all around the same time, that’ll definitely give them a little push over the 100M PS4 units they’ve sold so far.

Here are some gifs from the game: