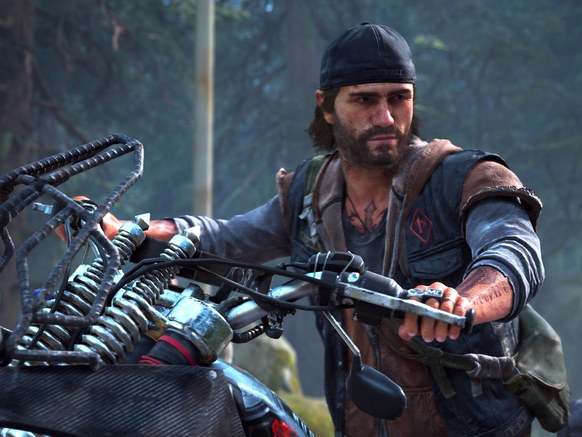 Days Gone will have its first set of free DLC coming out in June.

Sony stated that the free DLC for Days Gone will include new BIke, Horde, and Combat challenges. The content pack will be free for all players and there will even be a new difficulty mode for Survival. The game’s not even out yet and we’re already hearing DLC news. Good on Sony.

The base game will run players about 30H to complete, but there are plenty of things to do for those players who don’t want to rush through the game, which should make the story much more length. There are plenty of ambush camps, zones, NERO checkpoints, dynamic zones, and plenty of hordes to check out.

The game will also have weekly challenge for players to partake in which whousl add in a few more hours of gameplay. Starting in June, a new Bike, Horde, or Combat challenge are available so the game stays fresh. Completing these challenges will change gameplay features as way to get more rewards. This will be released at a later date with more details.

Days Gone will also have Survival mode, which will release with the free DLC and challenges players to complete the story on harder difficulty- that means no fast travel or Survival Vision usage. There will also be a new HUD, which removes navigators and maps from the gameplay screen. This game mode will be difficult and it’ll be for those who want the new net trophies and bike skins.

Days Gone rolls out tomorrow for PS4. Free DLC comes in June for everyone.