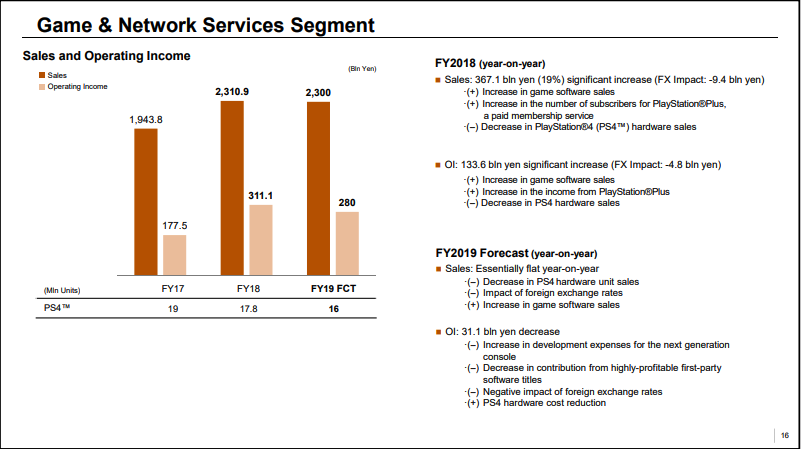 Sony has sold over a total of 97M PS4 units worldwide to date.

They released their financial reports for 2018 and revealed the latest sales numbers for the PS4. Sony sold 17.8M PS4 units in total were shipped to retailers around the world over the year, which ended on 3/1/19. This is their fiscal year.

Just by these numbers, we can see that bout 2.5M PS4 units were shipped out in this recent quarter, which means in total, PS4 has sold close to 97M units globally. No doubt that they’ll hit the 100M mark eventually. Sony should be proud.

Sony also provided projections for what sales numbers to expect for the PS4. Sony states to ship about 16M PS4 consoles this year, which would be a 2M decrease compared to last year. But then again, as more people buy a PS4, of course we can expect decreasing numbers since the market gets smaller every time someone converts to an owner.

The PS4 will be replaced with the PS5 soon anyway, so 16M would be impressive still. Let’s see how Sony does this year.

They also spoke about an increase in software sales for the PS4 and the number of paying subs, which boosted by about 19% compared to 2017. They’re doing pretty well.