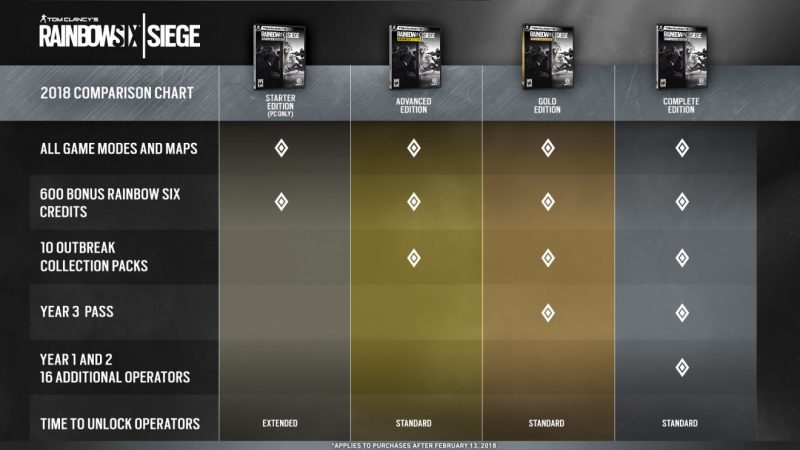 Tom Clancy’s Rainbow Six Siege (R6S), has bumped up the price of its game based on a news post on their site.

This didn’t go through silently and smoothly though, as tons of fans showed some hatred towards the price increase- especially from the Rainbox Six Siege subreddit.

The game was originally released in 2015 and is still played today as a tactical FPS game. It features two teams of five players against each other in small maps and focuses heavily on using strats to beat the enemy team. It has a defending team which can use a variety of objects like traps and barricades to set up defensive positions to gain an advantage over the attacking team, which uses gadgets and rappelling gear to get around these obstacles.

It’s not the first game in this genre, but it’s probably one of the best as of recent, modern times.

The developers removed the Standard Edition which was priced at $39.99 and substituted the Advanced Edition priced at $59.99. This means new players had to buy the Advanced Edition rather than the Standard Edition for $20 extra. The AE only includes some 10 Outbreak packs, loot boxes, and some cosmetic stuff- nothing that special. It does also include 600 credits as well. The loot crates are worth 300 credits each. It pretty much includes everything and makes the original 20 Operators easier to unlock.

There’s also a Starter Edition, which also increased in price and lots of fans backlashed at this as well. For players who aren’t fimilar with it and just wantt a taste of it, it’s a tough bullet to bite. Ubisoft has then decided to make things right for the community. It’s available for the PC only and comes with all content, 600 credits, but takes more time to unlock the 20 original Operators.

First, they decided to keep the Standard Edition instead of removing it.

Second, anyone who plays a match in the game between now and March 6 will unlock the Ash Sidewinder skin for free. And they’re also in discussion about acquiring Operators in the Starter Edition as well.

However, the Advanced Edition will remain at the $59.99 price point on Steam.