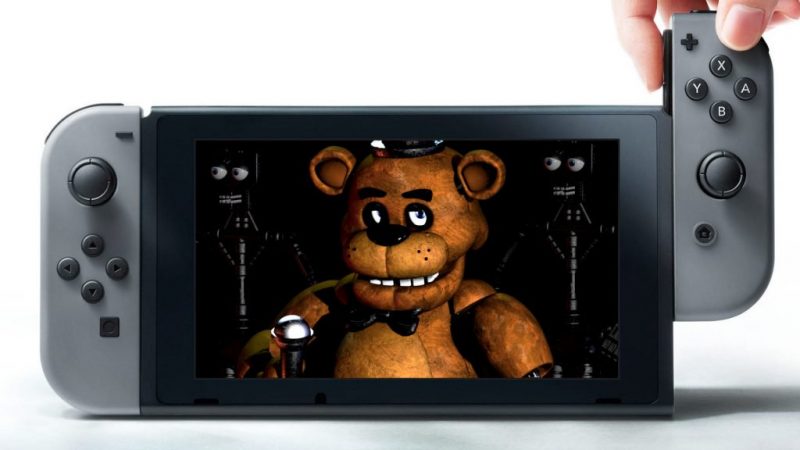 Five Nights At Freddy’s (FNAF), the viral animatronic horror point-and-click game developed by Scott Cawthon, is coming to the Nintendo Switch, Xbox One, PS4, iOS, and Android sometime in 2019 based on a news post on the Steam Community page of Ultimate Custom Night.

The game series has been extremely popular with the younger crowd and has spawned many different adaptations. FNAF will likely start with the original game followed by the sequels on the consoles and other platforms. There will be HD ports of the original games alongside the entire series and possibly the spinoffs.

“I’m working closely with the people at Clickteam to create new, improved, HD ports of all of the original games! They will be released on Android, iOS, Switch, XBox and PlayStation!”

Five Nights At Freddy’s is a game released back in 2014 that has been played by famous internet celebrities and popularized by the content creators who screamed in fear when they were fazed by the game’s creepy-looking animatronic robots.

Players attempt to survive five nights at an eat-in diner called Freddy Fazbear’s Pizza, which is essentially like Chuck E. Cheese went horribly, terribly wrong. The place is swarmed with animatronics that have taken new life and you control a camera monitor and must keep watch to survive by acting various mechanisms and such.

The series has evolved to an entire media franchise complete with fan gear, toys, and 6 major entries with 2 spin-off titles and even had novels written to tell the story. The’res also been a film adaptation by Warner Bros. Pictures to recreate the game but has since then gone through multiple delays. The game has been covered by major internet celebrities, including Markiplier, PewDiePie, and jacksepticeye.

Cawthon also says that there will be new books, new games, and of course, the movie. You can check out the whole post below:

I’ve been promising an update, so here it is! There are a lot of great things being worked on, and most of them will arrive in 2019, including new ports, new games, and new books. The movie progress is still slow, but that’s OK because I want to get it right. Everything else however is moving full speed ahead.

OK guys, I had a script written; Jason liked it, and Chris Columbus liked it too, but I tossed it. I had a different idea for it, one that I liked better. I take responsibility for this delay; it’s my fault.

It’s been a real challenge for everyone, including myself, to come up with a good screenplay for this. But I’m determined to find the right story. I’m sticking to what I’ve always said, either the right movie gets made or no movie gets made. I hate delaying a project that’s already seen so many delays, but I have to go with my instincts on what I think will be exciting and interesting, and what I think the fanbase will really want to see. If that means that I have to start over ten more times, then that’s what I’m going to do. The good thing is that each attempt gets better and better, in my opinion. So, despite the delays, it’s going in the right direction.

One thing that most of you might want to know is that the movie (and sequels I hope) will take place in the universe of FNAF 1-3 only. The games after Five Nights at Freddy’s 3 will not exist in the movie universe. Like it or hate it, I felt that this was the best portion of the storyline to really focus in on.

This game is looking terrific. I’m working with a company called Steel Wool to bring the VR game to life, and these guys are making some crazy stuff. If you liked repairing Funtime Freddy up-close in Sister Location, just wait until you try to do something like that in VR, up close, personal, with these huge animatronics that are just one mistake away from jumping at you. I refused to test it the first time and had my son Braden test it instead. (The repair section is one small part of the game.) And, for the first time, you’re going to all get to see an actual stage performance from the classic band!

The AR game is well under way, and while I’m not going to reveal any gameplay details yet, I will say that the impending doom of something hunting you will keep you up at night.

This is the next game that I want to work on myself someday, a compilation of several previous gameplay ideas in the same vein as Update 2; just a free game for the fanbase. There isn’t a guarantee that it will happen though; I’m still recovering from the first four years! 🙂

I’m working closely with the people at Clickteam to create new, improved, HD ports of all of the original games! They will be released on Android, iOS, Switch, XBox and PlayStation!

There is a BIG deal in the works to create an incredible big-budget game! I can’t reveal any details yet as this project is still in its planning stages, but I’m working closely with the studio involved to ensure that it delivers what (I think) FNAF fans will want to see!

There is a new line of books on the way from Scholastic! This will be very different from the original book series, as it will be a collection of short horror stories that takes place in the FNAF universe. The series will launch with five books, each containing three different short stories with unique characters and plot lines, some connected directly to the games, and some not.

That’s everything for now! Time for more coffee!”