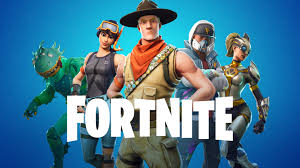 Another surprise by Epic Games has just been discovered today by the community in Fortnite. Though this update is a small one, it’s a pretty awesome one and goes beyond what you’d expect since it’s so novel.

Some players noticed today that when their mic was plugged in and they spoke, their character’s mouth would move in order to mimic their speech. Developer Epic Games may have added this feature without announcing it, as no patch notes noted this and they didn’t say anything about it on their social channels. The PC version has been confirmed so far to have this update, but consoles and mobile are still relatively unknown at this point.

PC players can test out this feature by plugging in a microphone and then speaking in the game lobby. The character will speak alongside your words.

This feature is only available in the player lobby, not on the spawn island or in actual matches. This will likely be added into actual games later on.

Players have reported that graphic settings may need to be increased in order to see the mouth movements take place and be visible. Though this isn’t anything significant, it’s nice to see Epic working on novelty updates like this. When you have time to devote a team to add features like this to the game, you know you got your stuff down.