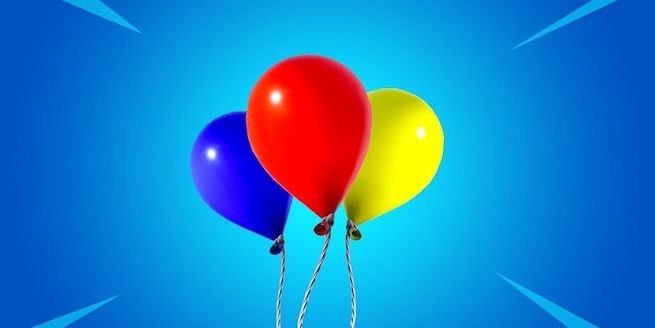 With Halloween and Fortnitemares going all out, it’s officially time for some clowns. That’s right. Clowns.

The debut of Fortnite’s next event with creepy carnival folk may just feel like Halloween never left the game. Fortnite’s latest trailer is all about freaky clowns playing with their newest item- balloons. Season six is currently in full swing as new items continue to make the game more zany and crazier than ever.

Although some streamers disapprove of them, they keep the game feeling fresh and fun for the rest of us. The newest addition is the simple party balloon. But this is enough to string up some new starts for the most popular game on the planet right now. They seem like a handy tool to have in the assassin’s arsenal.

They can be used to gain altitude to quickly advance up and attack opponents who’ve built higher towers. The distance traveled is determined by how many balloons you’re carrying. There are also clowns in the trailer all brandishing huge mallets as they use balloons to sneak up and scale the edge of towers silently to take out their prey. With a little help from these balloons, players can easily transcend tall ledges with ease.

This adds a new dimension to the game and new strategies. Perhaps they’ll be part of the new Fortnite “meta?” Who knows. I’m not a professional player. I just know that clowns are scary.

Fortnite is available on the PS4, Xbox One, and PC. You can also play it on Switch, Mac, iOS, and Android will full cross-platform play between each platform. The world’s most popular battle royale is beginning a new season, so jump in and join the craze. Fortnitemares is still going on, so join in while you can get the scares. Halloween may be over in real life, but it ain’t in Fortnite.