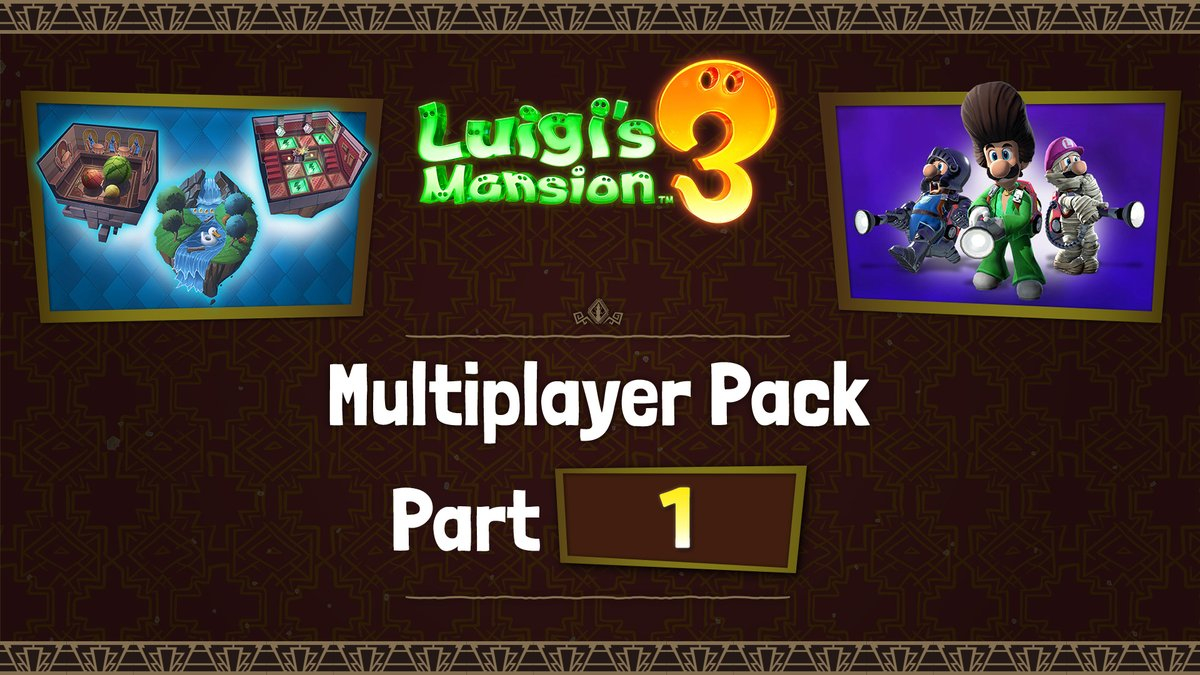 Nintendo has announced a new multiplayer DLC for Luigi’s Mansion 3 will be coming out. The DLC will be offered in a two-part DLC pack with separate release dates.

The first pack will have 3 new minigames for the ScreamPark mode and 3 new outfits. There will also be new floor themes and enemies for the ScareScraper mode.

The second DLC will have new content for both modes, along with more outfits and minigames. As you can see, both DLC packs are more of the same thing.

Pre-orders for the Luigi’s Mansion DLC are now live, and any player that orders them will get a Polterpup light (dubbed the “Flashlight Type-P”). This special equip can be used in either the main campaign or ScareScraper mode.

Luigi’s Mansion 3 has quickly fallen off the radar in my opinion as it’s a a linear game with not much replayability. The DLC packs should refresh the series and give gamers another run.

The game is exclusively on the Nintendo Switch. You can pick up a copy on Amazon.

BarrelRolled is supported by readers. This post contains affiliate links where we may earn a small commission when you buy something.