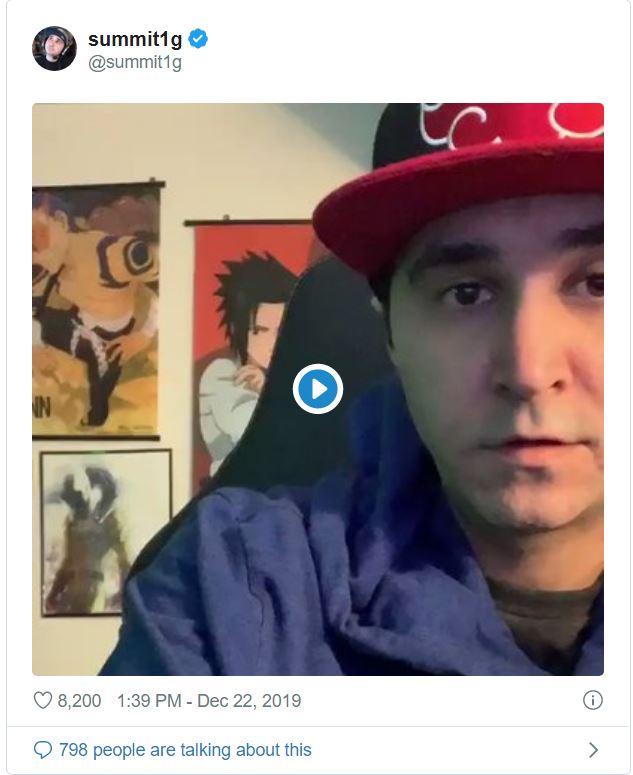 Summit1G talks more about the reason why he quit Halo Reach a few days ago.

He first played the new title a few times before quickly becoming frustrated and realizing that controller users had a clear benefit- they shoot faster.

Because of this and constantly being killed much faster, he uninstalled Halo and quit the game.

Summit1g then followed-up on his Twitter account to talk about why he decided to quit Halo, as many of his viewers discussed this topic.

He mentioned that the decision to quit wasn’t because he didn’t want to “learn” how to play it, but rather, the game was unbalanced and had no clear fairness in a 1v1 gunfight.

Summit1g then further described the controller’s benefit over a keyboard and mouse:

“People explain to me it’s not about five-shotting. It’s not all about losing 1v1. It’s about teamwork, and knowing the map. I understand that, I get all that.”

“To pretend that five-shotting isn’t an important thing in Halo is just stupid.”

James Bradbrook, better known as Jimbo, replied to Summit1g saying that he agrees with him regarding the aim assist.

“but with the way the aim assist is, he has zero chance t catching that skill.”

Summit1g seems to be right with multiple professional Halo players agreeing with him. The aim assist destroys the fairness between controller vs. keyboard and mouse. This allows controller users to “shoot” faster since they don’t have to aim with aim assist. At least not to the same degree.

“The fact that you uninstalled while we were on a win streak says enough my man. Even from a controller vs controller perspective something needs to be done about aim assist perfect aim should be something that is sought after but never truly achieved, everyone is a robot atm”