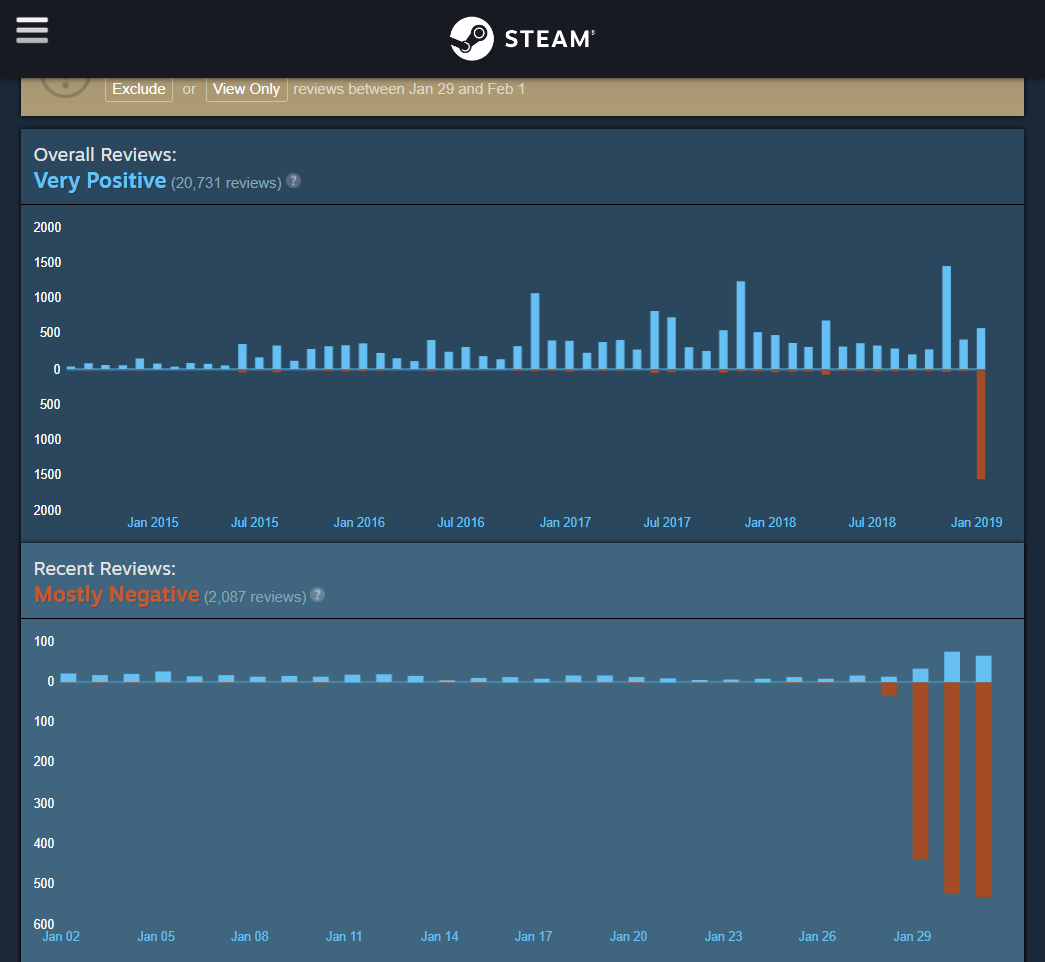 Metro Exodus on Steam currently doesn’t allow user reviews yet, so what are angry gamers going to do?

Go to other Metro games’ Steam pages to vent their frustrations. Because the game will be an Epic Store exclusive for at least one year, fans of the series aren’t happy. They know that the development team made a deal with Epic and no one wants to transition into a new library to manage their games, even if they’re giving out free games every two weeks for the whole year.

To be fair, Metro Exodus was previously available for sale on Steam for a long time before the announcement, so they do have fair reasoning to vent their frustrations. The decision was likely made last-minute and the publisher plans to still honor pre-orders done via Steam, but many who want to buy it now need to do so through a different DRM. How does it feel to have to download, log in, and use a platform just to play a single game?

So now, players are review bombing the other games in the franchise, such as Metro 2033 Redux and Metro Last Light Redux. They’re now downcasted as “Mostly Negative” due to the spike in negative reviews over the course of just a few days. The two games barely had any negative reviews before the review bombing took place. And they’re not even about the games themselves, as you would expect. They’re just blasting the publisher/developer for their decisions for the removal of Exodus from Steam.

Steam does show a notice that it’s detecting an unusual influx of negative reviews for a period of time. You can see it now live on the titles mentioned above. This helps with negating review bombings for prospective customers who want to actually buy the game listed rather than get skewed by an entirely different thing.

The same thing also happened recently with Rainbow Six Siege when Ubisoft changed some content to get past country restrictions- a decision which has been since been reverted.