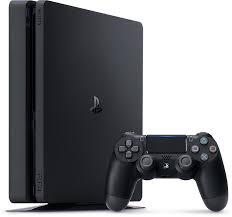 PlayStation 4 users are having a problem with their consoles where it gets frozen and are forced to do a factory reset after getting a prompt from the console. Users are advising other players to set their messages to private after receiving a message on their console. When it’s viewed, it freezes the entire system and requires a complete wipe to get it working again.

The message can’t be deleted from the console dash or the mobile app, but mixed reports surfaced on the web. This bug was found on Saturday and has yet to be fixed. Reddit users are reporting the problem all over the PS4 subreddit:

“Even deleting the message from the mobile app doesn’t work. It happened to me during Rainbow Six: Siege. A player from the other team used a dummy account to send the message and crashed my entire team. We all have had to factory reset. Only one of our guys wasn’t affected and he has his messages private. Do this ASAP to prevent this from happening to you.” (Via Huntstarck on Reddit.)

Setting messages to private will prevent getting this message that locks up your machine- just to be safe. Sony hasn’t reported or announced anything about this problem just yet. Stay tuned for some quick updates on this system-breaking bug.