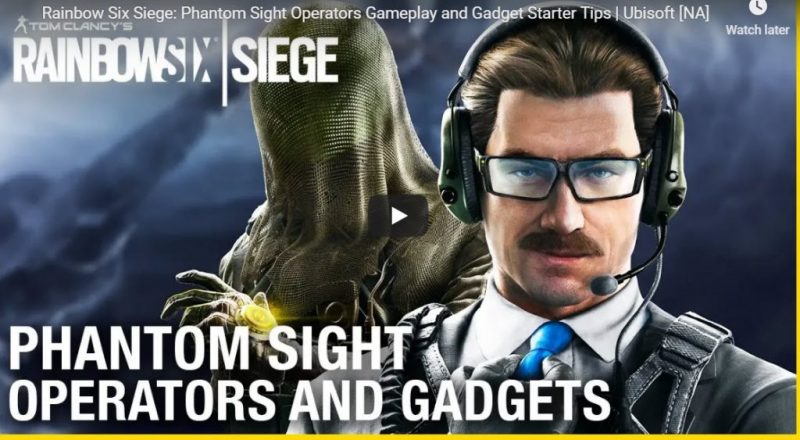 Year 4’s Second Season update will bring various gameplay enhancements, features, and a reworked Kafe Dostoyevsky. The game has been out for ages now yet the playerbase for the game remains stable with plenty of active players.

Owners of Rainbow Six Siege’s Year 4 Season Pass will get Season 2 content when it rolls out. Everyone else gets the update a week later.

Ubisoft revealed the newest content coming to the game in a reveal trailer alongside with some gadget starter tips. A new stealth-based operator called Nøkk was introduced. This operator can disappear using a switch called the HEL gadget. There’s also a glove attachment that makes her invisible to the enemy operator’s scanning tools, and reduces noise output.

Basically, Nøkk renders herself invisible to the naked eye. This is useful when operating drones, evil eyes, and even bulletproof cameras.

The drawback to the HEL gadget is that the phantom effect glitches when she moves faster than normal speed or takes hits. However, this will balance out the game to make her not too broken. Devices like Echo’s Yokai or Mozzie’s hacked drones can help make her visible to the enemy also. But Nøkk can be used for flanking or surprise attacks.

The other new oeperator is the Warden, who can see through smoke and remove flash. Although the effect proves to be similar to Glaz, the effect definitely isn’t as effective since the goggles don’t have thermal vision. Any movement by the operator will affect visibility. So ideally you’ll want to remain still.

Thatcher can easily disable gadgets that can remove the glasses effect. Thatcher will be a counter to Warden. IQ can also detect gadgets.

Ubisoft has also been reworking on some new maps. Kafe will get a rework with new bomb sites and balancing.

Season 2 update will also improve on reverse friendly fire, game mode changes, skins, and a new shop UX. Players who play Pick/Ban, 3-round stations and Bomb will now be the standard for all ranked games.

And of course, many bug fixes were realized. Some of these are balancing, maps, and weaponry.

You can check out the full list of bug fixes here.

And you can check out the trailer here: