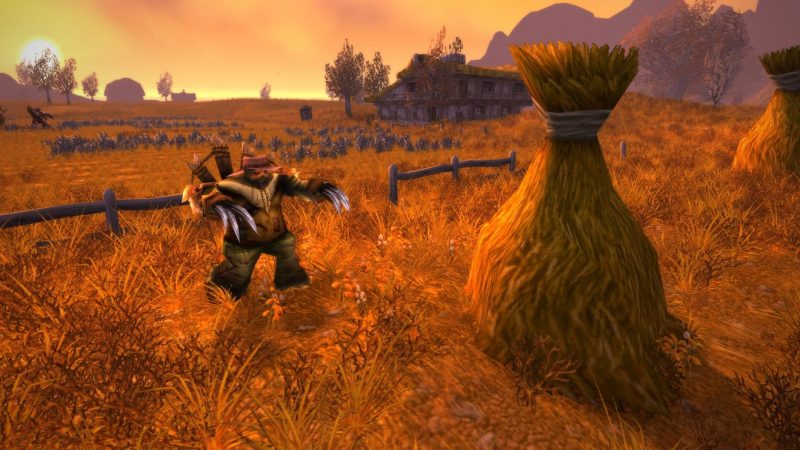 With many players assuming that certain features are “bugs” on WoW classic during the beta testing, Blizzard has released a “not a bug” list to help avoid confusion.

WoW Classic is based on patch 1.12, where the game will resemble the vanilla game right before The Burning Crusade expansion. Because of this, many features definitely have been removed from the game which were originally added in later updates.

Because of this, many players assumed that these missing features (only available in later updates) were bugs. Especially those who aren’t used to the early days WoW.

A post on the WoW forums attempted to relieve these misconception. Community Manager Kaivax stated that WoW Classic will invoke “different memories for different players.” That couldn’t be more true as WoW Classic will be different experience depending on when you jumped onboard.

The game is based off the 2004 engine, so there will be many features missing from the modern version of WoW. And goes the same for features that were available back then, but not now. You can see how players who aren’t tuned into the development of WoW over time will be easily confused.

But then again, there are actual bugs in WoW Classic, which is why there’s abeta in the first place (other than server stress testing). Blizzard rolled out a “do not report” list of “non bugs” for the players to avoid false positives.

This only goes to show how much the game has changed since its inception.

WoW Classic will be releasing on 8/27/19 with patch 1.12 as a foundation. This was when Battlegrounds was first added to the game. Blizzard has already put a roadmap out for WoW Classic online and plans to add “new” content to the game just like they did prior. Can you believe that people will pay to witness a game merely getting updated again? But come on, those nostalgic feelings are priceless. And the game won’t be an exact clone either.

WoW Classic will have some differences between modern WoW. The game will have Molten Core, Onyxia, and Maraudon upon launch. Later, raids like Blackwing Lair, Zul’gurub, and Naxxramas will be added.