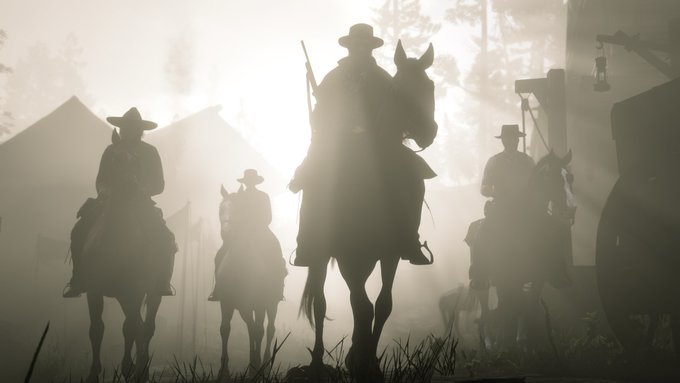 With the arrival of the 1.05 update that was released about a week ago, Rockstar Games posted a tweet saying that those who played the RDO beta between launch day and December 20 will get a few free goodies soon.

Now, the goods are here and ready to be delivered to the players that participated.

Gold gifts as announced last week have been granted and cash gifts have begun rolling out to all eligible players and are automatically added to your character’s balance the next time you play the Red Dead Online Beta.
Details: https://t.co/DWg2RxVRfHhttps://t.co/yWtWbx9cOo

Rockstar posted another tweet stating that 15 Gold Bars and cash gifts will be added to player accounts starting today. Players who qualify for those rewards have already been queed up and it should be pretty obvious when you’ll get it. Just check your character’s balance when you log into RDO and you’ll see if it’s been updated or not. And if you’re already in-game, just reboot your client and you should see the update reflect in your account balance.

This will roll out in waves, so not all players will receive credit at the same time. It’ll take a few days for all accounts to be credited. Everyone should receive their gifts by December 24, which is Christmas Eve on this coming Monday.