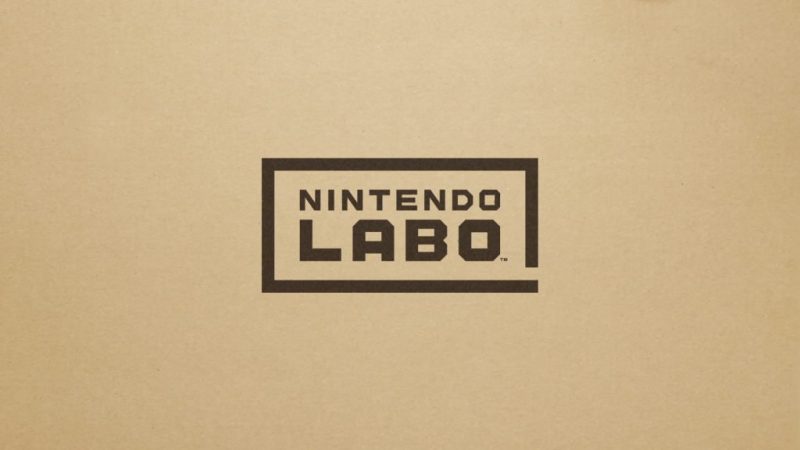 It’s an interactive experience for kids- as the Japanese giant would like to call it. It’s basically a bunch of cardboard pieces, rubber bands, and strings that can be put together to create a real-world object. It works kind of like a 3D puzzle, but it’s capable of a lot more and has functionality beyond just something you slap together.

You can also use the Nintendo Switch with it and even plug in the Joy-Con controllers as well. They slot right into the Labo’s pieces which allows you assemble a sort of cheap augmented reality (AR) machine. It’s actually pretty cool and I’d totally like to try it out (even if it’s not marketed for adults).

Nintendo has released their teaser trailer for the Labo and some models showcased included a fishing rod, a miniature piano, and even handlebars to a motorcycle. You’re not supposed to build it and run around with it- you can actually use these objects to help you “interact” with games. You can even go the other way around by building toys that are actually powered by the Joy-Con controllers.

So far, two different versions of the Labo have been announced. There’s the Toy-Con (hah) Variety Kit (set 1) and the Toy-Con Robot Kit (set 2). The first set comes with two remote control cars, a house, a piano, a motorbike, and a fishing rod. The second set comes with pieces to build a strap of some sort that you can attach to your back. There’s also a Customization Set which includes stickers, stencils, and tape that lets you pretty-up your creations.

Nintendo Labo will be available for a special event in San Franciso and New York City. You can sign up for it here. The catch is you need to be a kid that’s 6-12 years old (which is probably none of you).

The Labo will retail for $69.99 and will be available for sale 4/20/18. Overall, this is pretty cool and I’m interested to see how this pan out for interacting with games. Get more info here.