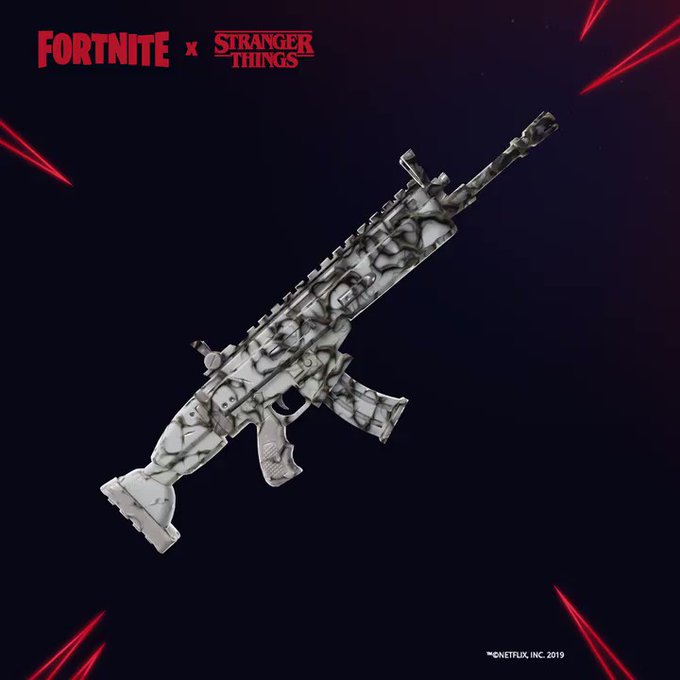 Fortnite and Stranger Things are now a pair in the latest update to the world’s most popular battle royale.Stranger Things portals were seen all over the Mega Mall, and now Epic has finally confirmed the event, not that anyone surprised.

Epic rolled out the Stranger Things cosmetics which players can don a Chief Hopper suit, Vine Wrap weapon skin, or even a Demogorgon outfit.

So far, this is all Epic has slated for us regarding the crossover event. We’ll probably get some kind of LTM later on, but that’s not guaranteed yet. At least not by any data miner yet.