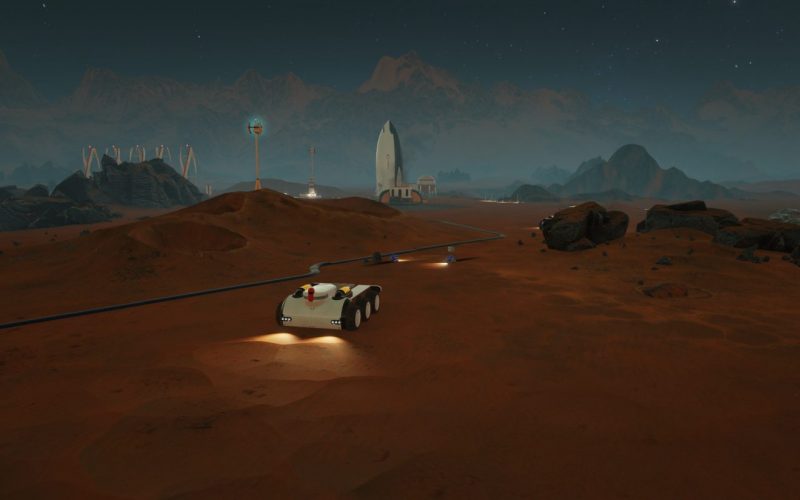 Surviving Mars, the planetary colony builder developed by Haemimont Games is coming out on March 15, 2018.

If you’ve never heard about this game, it’s a pretty awesome concept. You’re in command of a new colony on Mars and your goal is to expand civilization. It’s a combination of not just humans, but some robotics as well. I’d assume the game takes place sometime in the near future as we’re building the space colony on Mars in real life eventually.

You start the game with a small group of explorers who need to establish basic necessities in order to propagate life on this newfound planet. It’s a game that’ll progress into some very futuristic and awesome tech. You’ll be able to build some giant domes, buildings, automatic structures, and pretty much everything else. It’s like a modern version of SimCity-excepti it takes places on Mars. And it’s in the future. So somethign like SimCity 3000.

the game is similar to other city builders, except that each colonist is an independent AI computer-ccontrolled unit. It has the abilty to affect other units as well. For example, if one uni goes crazy and rebeles, this may affect your expansion rate, research, and even your entire colony’s structure as well- espciaily if that unit aws important.

The game also has an element of surpise as well judiging from the game’s trailer. This adds some random element to the plot I assume.

Surviving Mars seems like a pretty awesome game so far. It’ll be avaialble on 3/15/18 with a price tag of $39.99 on PC, Mac, Linux, PS4, and Xbox One as well. You can check it out on Steam. It’ll be publishedby Paradox Interactive.