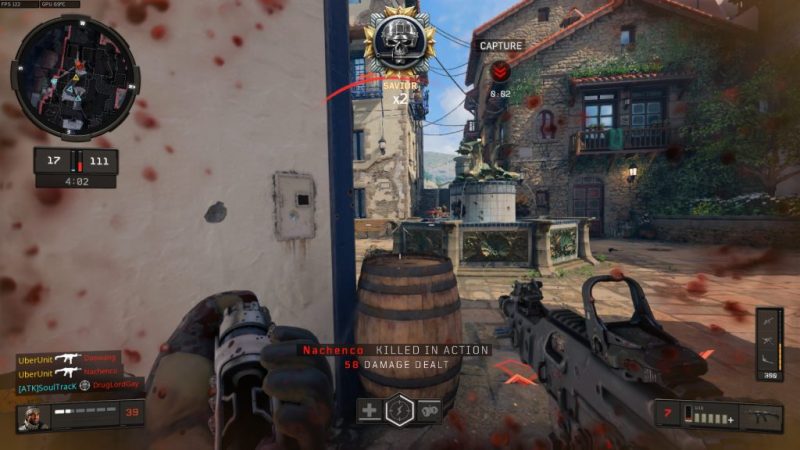 Treyarch has released a new update to Black Ops 4′s new progression system to make it easier to level up for players. The Black Market allows players to unlock emotes, sprays, skins, and battle through 200 tiers of leveling. This system is currently only available on the PlayStation 4 and is limited time, so Treyarch has decided to basically increase the level curve.

Progression is mainly based on time played rather than performance, so just by playing the game will unlock you the goodies even if you’re a total beginner (read: noob) to Call of Duty games. However, players have been complaining that the progression system has been way too slow.

The game would take about 400 hours out of your life in order to unlock all 200 tiers and the first wave of this system lasts just 52 days. This would mean you’d have to play BO4 a full 8 hours a day- every day. That’s about 22 games per day.

Treyarch said that the earn rate for unlocking the tiers “did not perform as we intended” and they’ve updated the leveling rate to make it faster. Though the final speed isn’t confirmed yet across all modes, they said they’ll adjust it as needed. They’ll also be adding ways to accelerate the progression via event and challenge-based tier skips in the near future. Players have reported that the system is working a lot better now and seems more rewarding.

Treyarch has also recently lowered the server tick rate to 20hz from 60hz in the beta test. Then they increased it to 30hz just a few days ago. Wha this means is that players will get a more responsive game experience. A higher tick rate creates a faster signal sent to the server from the player, which means “faster” server reactions every second. Treyarch states:

“We are carefully monitoring overall performance to ensure that these updates are working as expected before completing the next phase of updates.”