It’s almost October. This means it’s time to bring out the horror games. Whether you’re streaming on Twitch or you’re just looking for something to play, here are my top recommendations for this upcoming Halloween. Note that I scare pretty easily, so these may be a walk through Disneyland for you. But personally, these are … Read more Top picks for horror games this year, get your spook on 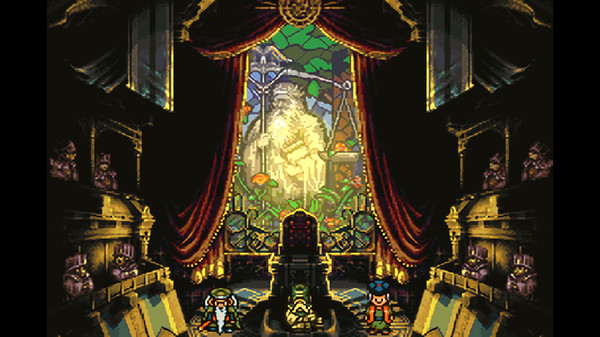 Square Enix has decided to release Chrono Trigger on Steam.

This is the first time the game has ever had a PC version (other than emulators). The game promises exclusive features such as updated graphics and soundtrack as well as the bonus dungeons from the mobile handheld versions. It’ll be called the definitive version of the series- though they may want to rethink that.

If you’ve never played Chrono Trigger games before, it’s probably one of the most popular JRPG series. It was created by devs from Dragon Quest, Final Fantasy, and even Dragonball all coming together to tell the tale of a boy who fights against an evil threat named Lavos. The game is very flashy and combines the traditional ATB system with some unique abilities in an awesome JRPG adventure.

The game so far isn’t doing too well. It’s rated “most negative” on Steam with over 150 reviews at the time fo this writing. Reviewers state that it’s pretty much just a bad port of the mobile version with terrible filters and awesome UI and controls. Lots of the issues can’t be fixed and the game is pretty much trashed left and right nonstop from hardcore fans of Chrono Trigger.

I’d suggest you read them over before buying it. Seriously.

If you buy it before April 2, 2018, you’ll get a slew of goodies including HD wallpapers from the game, a digital version of the composer’s liner notes, and even a special musical medley. This version of the game will be an updated version of the mobile version of the game. Although this isn’t too exciting, it should be a pretty solid improvement with all the promises they’re making.

Being on a computer for the first time is indeed kinda weird. It’ll be compatible with controllers for those not used to playing such a game on a keyboard and mouse, though you can still play it with a keyboard/mouse combo if you’re daring enough. It’s available right now for just $14.99 for Steam.