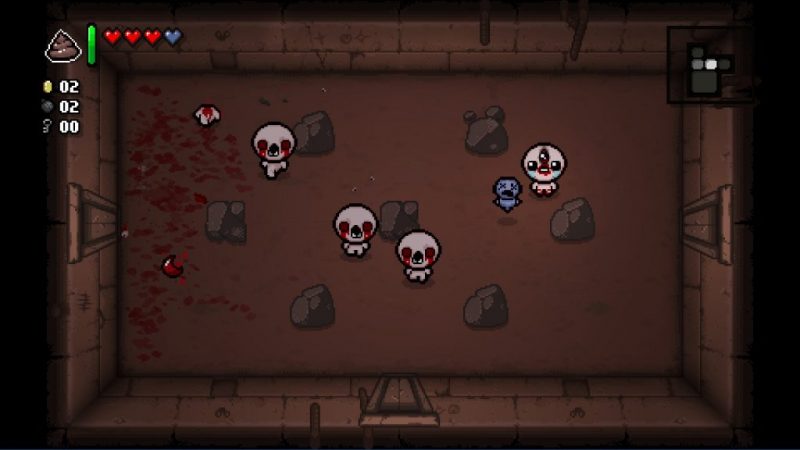 The Binding of Isaac is getting its final DLC pack. Creator Edmund McMillen announced it over Twitter as the “FINAL (for real this time) DLC for Isaac.” It’ll be called The Binding of Isaac: Repentance and includes the popular fan-made Antibirth mod which adds a number of new rooms, enemies, and treasures to discover and a hidden end chapter. McMillen is working with the Antibirth creator to make it canon.

It was originally teased a few days ago by McMillen who posted a GIF of the logo. A knife falls from above to pierce the “I” in “Isaac” which is a reference to Antibrith’s logo. But the tweet simply said nothing about the game. Nothing other than “see you at pax!” Though, this was enough.

A few fans did get the subtle hint (well, maybe it’s not that subtle) and replied to him asking questions about the Repentance. Fans asked about who the composer would be since the original composer Mudeth isn’t coming back to create more tracks. McMillen will be working with Planet Ridiculon, who composed the music for Afterbirth and Rebirth and The Legend of Bum-bo. Mudeth’s work “is great, it just doesn’t fit the themes” according to McMillen.

Its official! Binding of Isaac: Repentance is the FINAL (for real this time) DLC for isaac. it will include the amazing Antibirth mod + a ton more content that will make you shit your butts! im working along side @FixItVinh to tweak the mod and make it canon!

He also promises a ton more content with the final CLD. It’ll be paid and “pretty beefy” according to McMillen, and it’ll feature the base DLC, a new OST, new cutscenes, a whole new story, and extra content. No release date has been announced yet. Stay tuned for updates on the final entry to an epic series.