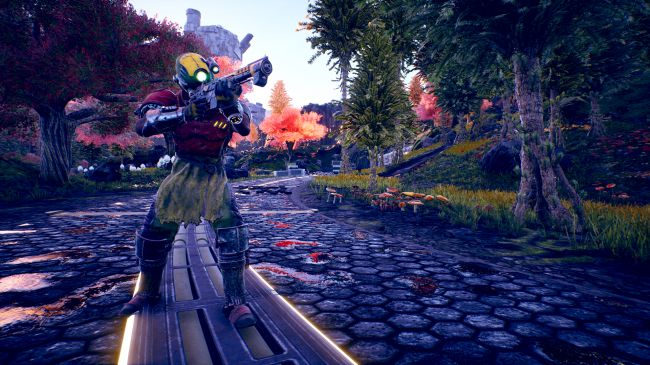 The Outer Worlds, the new RPG made by Obsidian, will have a very quick campaign.

The game was confirmed by the developer that it’ll take just about 40 hours to complete- and that’s doing everything. Obsidian has confirmed this fact during a game interview with Game Informer.

Boyarsky and Tim Cain, another Co-Director, both agreed upon this statement. Cain said that the game is NOT an open-world game where players could run around and do what they want. The game has contrary expectations to all the speculation that has built around the title, and players need to know that these are mainly false:

“People are speculating, like, hundreds of hours of gameplay…and no,”

Boyarsky also said that the game is a “replayable” game which means that it’ll be a lot shorter than some players expect it to be. The game can actually be finished in a mere 20 hours if you rush through everything that game provides you.

Hopefully, this doesn’t disappoint too many players. The Outer Worlds has received some positive expectations so far, but not many have been keeping up-to-date with the news. Personally, I had the previous mindset that this would be some Morrowind-type RPG, but that’s changed since I last looked up news about The Outer Worlds.

Now, we just need more people to get into that same mindset. If people go into launch expecting the wrong thing, it wouldn’t be fair for the game to plop just because people had the wrong idea. Regardless, The Outer Worlds is still slated to launch going into the fray with these expectations.