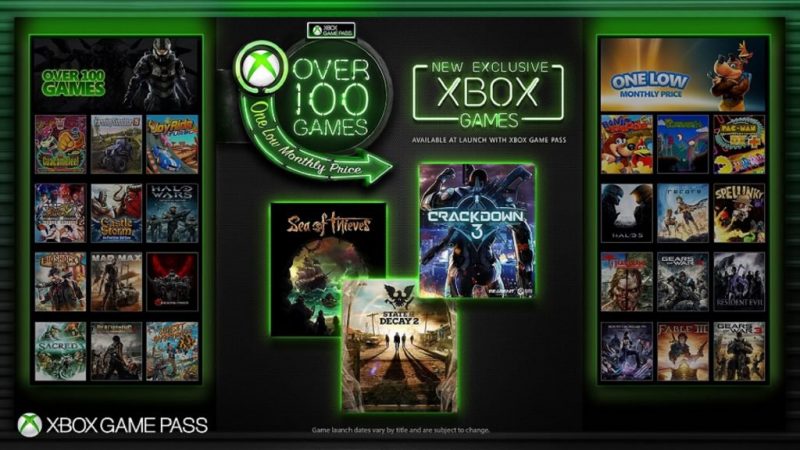 Microsoft’s Xbox Game Pass has received an update that lets you play all Xbox One first-party exclusive games.

If you’ve never heard of the Game Pass program, it’s basically a subscription program that lets you play over 100 Xbox One and Xbox 360. It just got a big update which makes it even more worthwhile. Playing exclusive Xbox game on launch day is a big perk given that a lot of first-party titles are huge titles.

The first game that’ll be available for this new program update is Sea of Thieves, which is launching for Xbox One only on March 30. The head of Microsoft Gaming, Phil Spencer, confirmed that future Xbox One titles like Crackdown 3 and State of Decay 2 will also be available on launch day. This will also expand to games in the Forza, Gear of War, and Halo series.

If a game is Xbox Play Anywhere, Game Pass subscribers will be able to play both the console and PC versions for free. This is good for those who like to play on both platforms. This was confirmed by Aaron Greenberg on Twitter.

Game Pass is available both online and in stores starting on March 20 for $59.99 for 6 months. This allows those who don’t want to tie a card to their Xbox Live account an alternative method of opting-in to the program.