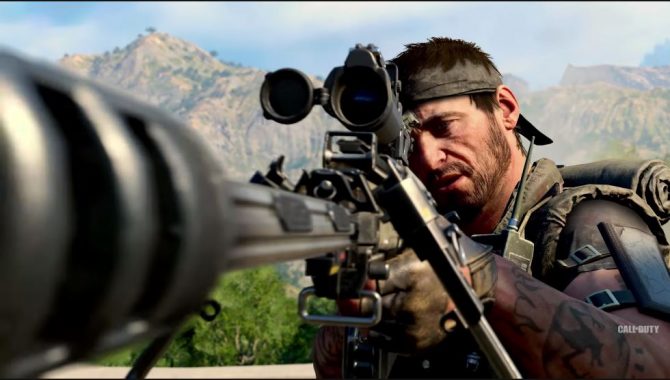 Call of Duty has been releasing some tidbits of details regarding their latest entry into the Black Ops lineup over the past few days. Fans have been demanding a more detailed look at Call of Duty: Black Ops 4’s Blackout mode. Just a few hours ago, Activision and Treyarch officially released their first ever full trailer for the game’s much-anticipated new Battle Royale mode.

Many games are jumping on the bandwagon, but it’s what’s hot right now in the industry, so it’s not surprising. Just from the trailer, the Blackout mode looks absolutely ridiculous- in a good way, that is.

Even with its two-minute stretch, it shows off some action-packed gameplay footage with specialist abilities, weapons, locations, and a few vehicles.

They also highlight some returning players to the series in some brief cameos. If anything, it’s the adrenaline-fueled experience we’ve all been expecting. Let’s just hope the actual game is the same way.

CoD: BO4’s Blackout Beta is set to be released on Setepbemer 10for fr the PS4, which Xbox One and PC players getting it on the 14th- just four days later.

The full game is planned for relaese on Octoober 12th and will be avaialble simulatneously for all platforms.