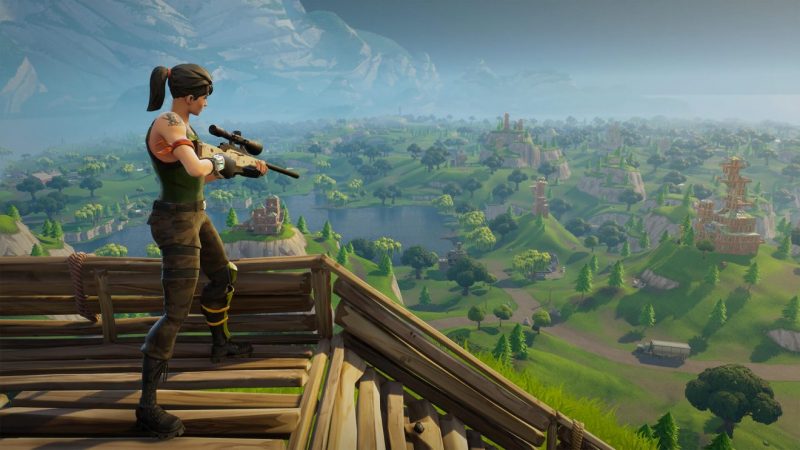 With the new Fornite update brings new improvements- and some new bugs.

While the accompanying server downtime wasn’t as bad as last week’s update, this update brought some new bugs with it. It seems like many players of the console versions (PS4/Xbox One) are getting some resolutions problems that make the game unplayable.

Specifically, the game will render itself at a resolution way too “wide” in terms of aspect ratio. It’s like playing the game on an ultrawide screen when you’re using a normal widescreen. The edges of the game fall way outside of the viewable bounds of the screen.

Epic Games confirmed the issue shortly after the patch was uploaded and live. In a Reddit post, they made a statement:

“We are aware that some console players are having issues with resolution. Fixing this is a priority for us and we will let you know when we are ready to deploy a fix.”

There’s no statement about when exactly it’ll be fixed though other than the vague statement. The only problem is that some players get the issue while others don’t. This offers a huge advantage to those players, so it’s a totally unfair game.

After you’ve downloaded the update, you’ll immediately know if you’ve been affected by it. If everything’s normal, you’re good. if not, you’ll have to wait for the update.

Another issue that showed up with the patch is the addition of a quest that asks players to join in on a limited-time mode called Blitz. That’s good and all only if it were actually available for joining.

Epic has also commented on this issue and says it’s not available and that it’s “working to remove this from available quests.”

There’s also another bug where some chests come up empty with no loot, not being able to equip the first weapon you loot, and not being able to access the pause menu when you’re downed in Build mode. There are also some issues for Save the World mode as well that you can read about the other issues here.

On the plus side, this update adds the minigun and a few other updates like Expedition types for Save the World and the Cozy Campfire item. You can check out the new updates here.

Also, be sure to log in to get your freebies for the downtime that was last week’s patch. It’s Epic Games’ way of apologizing for the trigger-happy.