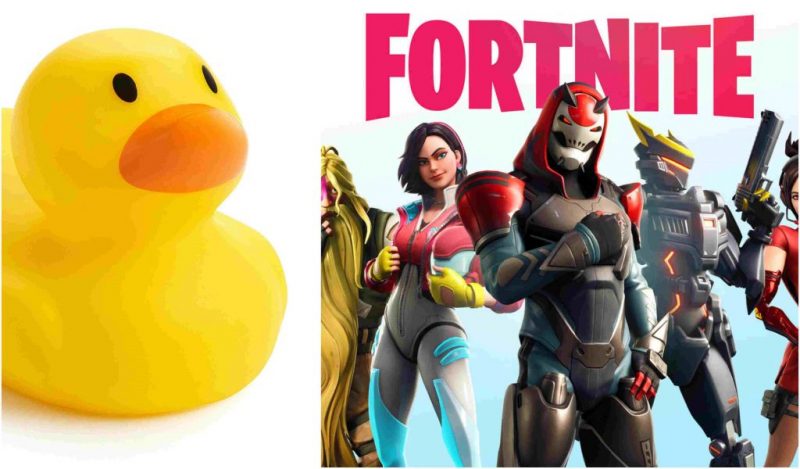 So what’s the deal with the giant rubber duck in Fortnite?

We’ve already gotten the Stranger Things update, but this duck seems to be related to something else entirely. An actual sitting duck, by himself, wearing sunglasses near Tilted Towers. This one’s definitely a weird one.

But then again, it’s Fortnite. And Epic has been doing this kind of thing since inception.

One thing to note is that the duck does have an HP bar with 1M points. Players can’t damage the duck unless they use pickaxes. And other than that, it just seems like a giant punching bag. There haven’t been any clues yet as to what may happen when it hits 0HP, but players aren’t really cooperating to take down the duck.

But this could be a community co-op event. There have been events recently where players would work together to accomplish something. Of course, tell that to the guy with the rocket launcher on top of the hill.

Right now, Epic Games has been quiet about the duck. All you can do at this point is see it for yourself. Head on over to E6, and you’ll see him just around Neo Tilted.

You can complete a Summer Challenge by visiting the duck. There’s one called “visit a giant beach umbrella and rubber duck” which you’ll have to see the duck in order to complete this challenge.

If you had to put us on the spot, we’d guess that the duck has something to do with summer. Kids are out of school. Summer’s all about swimming (and games). Perhaps the duck means water, swimming, and staying “cool.” Just look at his shades.