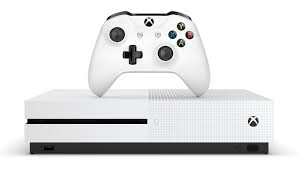 As Sony has the Sony PlayStation Remote App, Xbox One now has the Wireless Display App.

This is how Microsoft’s new Wireless Display app works. You can use it to control a PC via your Xbox One, and stream PC games to the console and play them with controller https://t.co/tqtqEAZVLU pic.twitter.com/nbX5KySu0m

It was released today on Xbox One and you can have your PC stream content to your Xbox One and see it on your TV. While the app is for gaming, you can use this for anything else to stream, so it’s like a Chromecast device pretty much. Anything on your PC will show on your Xbox One. This means you can play Steam games on your TV through your Xbox One.

Anything you mirror on the PC will show on your Xbox One’s TV. And the Wireless Display app lets you control your screen’s inputs during your game session with the Xbox controller. Keyboard/mouse hasn’t been added to the app yet, but the Xbox One itself can utilize keyboard/mouse support for specific games, even though the Wireless Display app only works with a controller at the moment.

All you need is an Xbox One and a PC. Displaying your PC on your TV is now easier with the Wireless Display App. It’s free and anyone with both platforms can use the streaming goodness with the app. Of course, PC players will likely think why even use this rather than the PC’s display? Depends on your lifestyle- perhaps you want to stream something to larger screen and lean back on your bed rather than sitting on your gaming chair. Who knows?

You can check it out here.