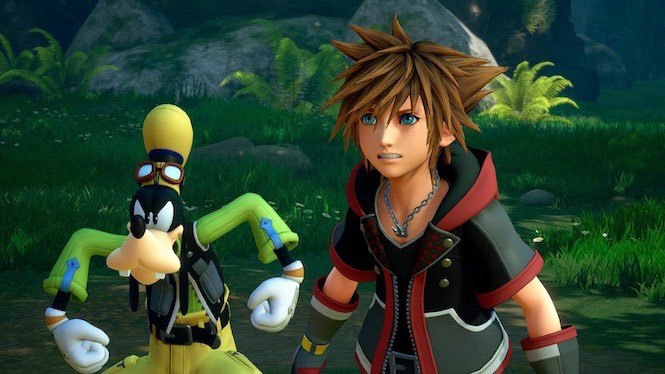 Another trailer has been released for Kingdom Hearts III. This trailer features the game’s introduction with a mesmerizing and emotional soundtrack from Hikaru Utada & Skrillex titled “Face My Fears.” The soundtrack honestly pairs really well alongside the cinematic, which is timed to match the music and delivers that dose of KH that’ll send shivers down your spine. You can watch it at the end of this article.

This trailer released today is the first of three new trailers released for Kingdom Hearts III that’ll be released this month. The trailer basically replays key events from the entire series as a refresher for returning fans, with scenes from Kingdom Hearts, Birth By Sleep, Chain of Memories, 358/2  Days, Dream Drop Distance, and Kingdom Hearts II.

The trailer doesn’t include any scenes from the spin-offs Re:coded, A Fragmentary Passage, and Back Cover.

This month should have two more scheduled trailers for release this December. The next one completes the trailer and should be released around December 18, which will be a short half-minute cinematic for movie theaters. Kingdom Hearts III went gold just a few a weeks ago so it’s confirmed for release.

The game’s file size was discovered for the Xbox One on Microsoft Japan. Kingdom Hearts III will debut on January 29, 2019, and has undergone tons of promotional material, including a special exclusive Keyblade for Amazon purchases. There will even be a special event at Disney Springs in Orlando, Florida where fans can see life-sized models of Keyblades and play a demo of the game.

Kingdom Hearts III is available for pre-order on Amazon. Buying from them gets you a special Keyblade with the copy of KH3.