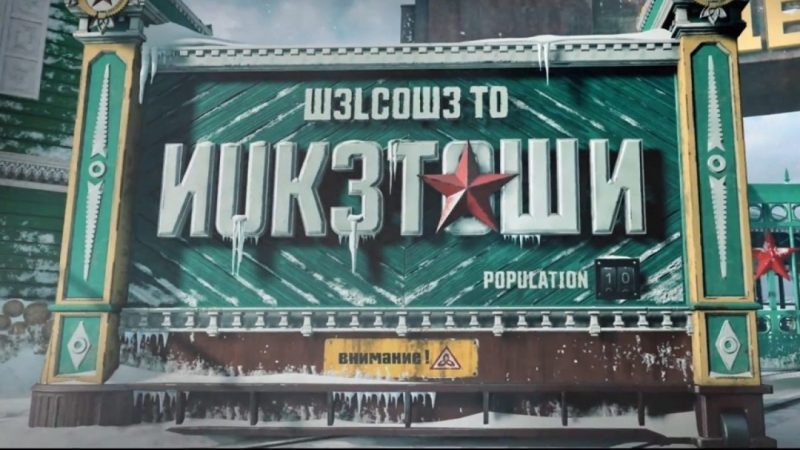 Treyarch will be releasing their signature map Nuketown for Black Ops 4 tomorrow. After teasing fans with Russian tweets a few times with various captions welcoming players back to the map, Treyarch finally released a full-fledged trailer showing off the map in snowy Russia.

Nuketown is one of the most popular maps in every single Call of Duty: Black Ops entry. The map is known for its claustrophobic environments and fast-paced gameplay. Black Ops 4 developer Treyarch has hinted that it’ll feature a winter theme and that it’ll take place in Russia with Russian language tweets. There was no solid confirmation about this nor enough screenshots to go around to actually confirm this speculation- until today.

Treyarch posted a new trailer to their official Call of Duty account and the trailer gives a nice collage of scenes showing off the new Nuketown map. I’d have guessed that the map would be slightly more evening-like from the screenshots, but it takes place in high noon from the trailer. There also seems to be a lot more solid objects with less imposing architecture than expected. But this makes for some fast-paced action given that the objects you can take cover behind are just basic shapes.

You can check out the trailer below:

The tiny map looks extremely hectic and the Russian setting only makes it more chaotic. A few Specialists are showcased in the trailer taking cover and firing in this Cold War setting. The pair of houses are also back and rendered with extreme quality this time around. We can also see a secret tunnel that you can drive your RC-DXs through for some sneak attacks. And there may be a way to launch the actual nuke in the center of the map- that’d be freakin’ awesome.

Nuketown is set to launch tomorrow for PlayStation owners, then a week later for Xbox One and PC players as part of Sony and Activision’s partnership.