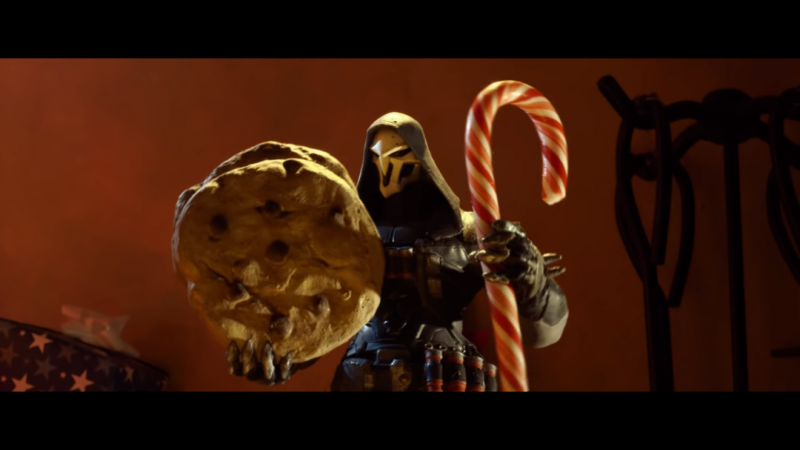 The animated short is called Cookiewatch and captures Blizzard’s sense of dark humor perfectly in the video. Overwatch fans usually have something to praise during the holidays from Blizzard: events in-game, special skins and themes, and even Jeff Kaplan’s live stream of him sitting in front of a fire for an entire work shift. Yes, that really happened.

The stop-motion video shows off Reaper and Tracer fighting over the cookies only dropped by the one and only Santa. The characters come to life in stop-motion animation (if you can call it that?) and have them duke it out for the cookies. Santa knew that Reaper was a naughty kid, which is why he never got presents and made him into what he is today.

Tracer is doing her best to keep the cookies away and save them for Santa. Of course, Tracer is the “good” girl. Who else would it be?

The video is short, cute, and quick. Even if you’ve never played the game before, you’ll easily understand the story.

For any Overwatch fan, the short 3-minute video is a perfect way to wish in the holidays from Blizzard. They really do top themselves every single year when it comes to Christmas. This is probably the most entertaining feat so far.

Overwatch, one of the most popular arena shooters, is currently available for PS4, Xbox One, and PC. The esports league is still going strong even after the Heroes of the Storm esports fiasco. You can buy Overwatch on Amazon, and check out Cookiewatch here: