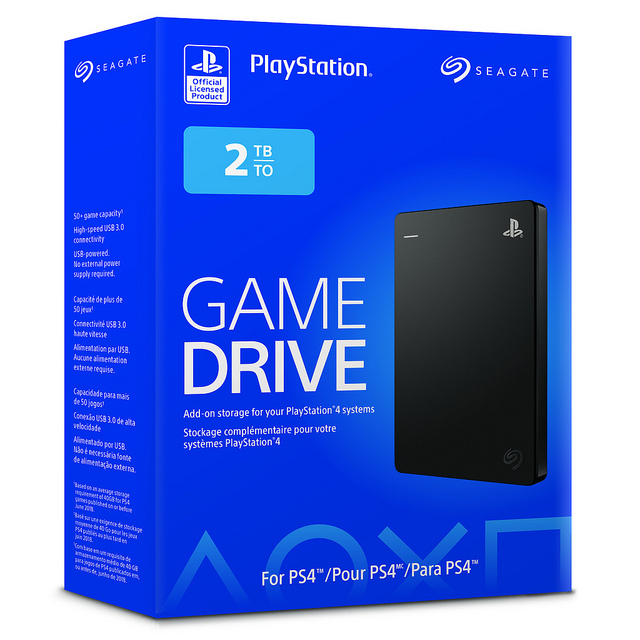 Sony annouced that it’ll be partnering up with Seagate to make a PlayStation-branded external hard drive exclusively for the PS4.

While news about the upcoming next-gen PS5 is still scarce, Sony seems to be still focusing on giving out some last-minute offerings for their PS4 console. They’ve ponied up with Seagate, one of the world’s leading hard drive manufacturers, to produce a drive just for the PS4. Many gamers complain about the fact that they don’t have enough space to house all their games, so they have to constantly delete games in order to play new ones (or try the free monthly offerings).

Thus, Sony revealed one of the ways it wants to fix this problem: by producing a brand new licensed external hard drive. This will be dubbed a “Game Drive” and features a whopping 2TB of storage optimized for any PS4 model. This means you can easily use it on the Slim, Pro, or even launch version as long as you’re running V4.55 of the software.

The external hard drive will work right away without any setup or finicky problems that may surface with other drives. No reformatting necessary. And it’ll match the PS4 in terms of color and design, so you really do a customized look for your console that looks like it was actually made for it- which it is, of course. Nothing else can look aesthetically more fitting.

This isn’t too surprising to see Sony and Seagate joining forces. Xbox has done something similar back then and created a drive for the Xbox One and Xbox 360.

The PlayStation Seagate Game Drive retails for $89.99, which is reasonable since typical 2TB non-PlayStation-licensed drives will run you not quite as much, but close enough to the MSRP. Sony’s Game Drive goes live next week. You can read more about it here.