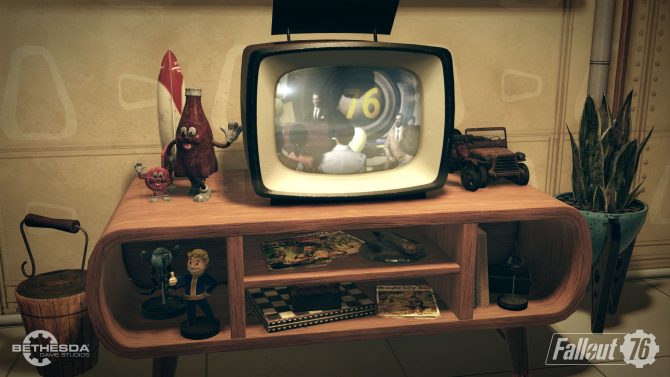 Bethesda has, once again, done it again.

Yesterday’s Fallout 76 update was a step back in time and brought back a number of glitches and exploits that players have been complaining about for months on end. The latest patch was slated to bring a healthy mix of-of balance changes and design changes, but instead of a patch to move the game forward, it did the exact opposite. This should go together well with the premium jacket memes.

Now, the playerbase is even more pissed off because they brought back some previous bugs, like weighted bobby pins and even the infamous dupe exploit that allowed players to copy legendary items and flood the servers (which also lead to server crashing and latency problems0. Bethesda just set their hot water bath to “reboil.”

These bugs have always been a big problem since the game rolled out two months ago and earlier updates did fix them, but for some reason, they’re not apparent again. This means that the code wasn’t actually changed but rather, a band-aid solution was put into place. On one hand, I don’t blame Bethesda because they were under a lot of stress to fix up their mess and had to do it in the fastest way possible. On the other hand, Bethesda, what are you doing?

Bethesda’s Community Manager reached out to players on a very pissed-off subreddit and said the following:

“We’re digging into this to understand the scope of the issue. If you or anyone else have more information you can provide, we will be actively looking at comments related to this,”

“I understand it can be frustrating when you are thirsting for content, we do have a lot of things planned to release and are working on finalizing a visual roadmap for you for future content drops,”

“We hear you and we’re laying out what’s coming for Fallout 76 in our 2019 roadmap, including new PvE content. But to provide full transparency, our #1 priority remains taking care of known issues and new user reports that you have been sharing since launch, and we’ve delayed locking in the timing for upcoming content while we stabilize and improve the core game,”

“While we’ve made progress across many of the issues you’ve been experiencing and will continue working on those, as well as the new issues that come up, our dev cycle will soon shift towards the new content you’ve been asking for, including Vault Raids, new Quests, new Events, new PvP content, and much more.”

“We’re digging into this to understand the scope of the issue. If you or anyone else have more information you can provide, we will be actively looking at comments related to this,”

As with any generic response just to show that they’re aware of the situation, players don’t seem too pleased.

In other news, players have been complaining about the price of Plans and Recipes in the update which was hidden from the patch notes. Bethesda has done this before, learned from it, and now has seemed to backtrack once again. So they’re going backwards with each update.

The patch notes were then updated to state the reasoning for why Plans/Recipes did what they did in pricing:

Other than destroying the game once again, nothing new is worth reporting. There was no additional content but rather just bug fixes and updates that have been consistently rolling out for the past few weeks. Fallout 76 is getting a new Survival PvP mode in March and new PvE content. Perhaps this will help calm some angry wastelanders from vaulting after Bethesda with firey pitchforks in decked Power Armor.