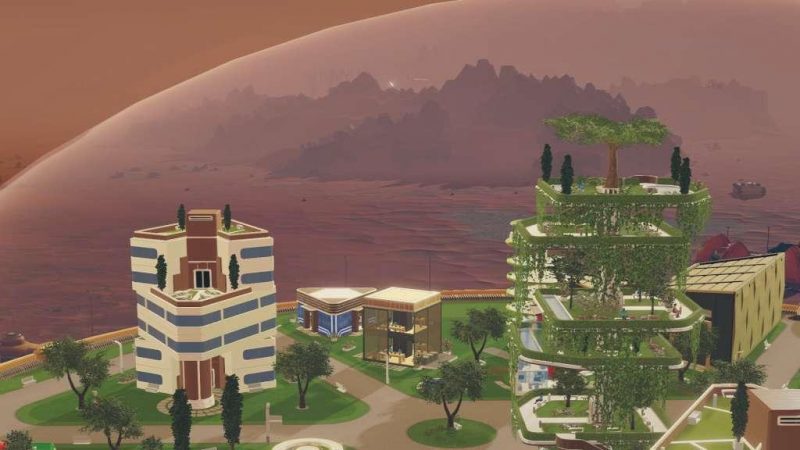 Surviving Mars released a new update this week according to a news post on their Steam Community page.

Surviving Mars is exactly what it sounds like. You need to establish a colony on the planet with just a cargo rocket and some drones and basic resources to start with and you need to expand your colony, build shelter, and explore the planet. The game doesn’t just put you alone on the planet though, you can breed humans to help perform tasks on your base in the harsh environment. You can actually expand beyond a thousand humans if you play well enough.

The game’s newest content patch is called the Da Vinci update. It allows a bunch of new features and balance adjustments to take place in the game. The main feature is Creative Mode, which allows players to basically have a large amount of capital and disable all the nasty diameters in the game in order to build creatively. It’s like RollerCoaster Tycoon on Mars with unlimited cash. It’s basically your typical freedom custom mode. Of course, achievements will be disabled if you’re playing in Creative.

Resource management has also been revamped to make it easier to harvest and utilize materials. Players can set a minimum desired amount of resources on a per-depot basis which allows adequate stockpiles of materiasl in various sections of your colony. The UI has also been improved and simplified. And power producers/consumers will now automatically connect to nearby buildings rather than requiring a tile power cable to be built.

Balance has also been addressed with some tweaks like building power consumption increases or maintenance parts changed. The Electronics Factory now uses machine parts for maintenance. Genius colonists will now grant research if you keep their Sanity high enough and Celebrity colonists will provide funding if their Comfort levels are kept well.

There’s also a Tourist trait for colonists now. Colonists will generate $10M upon arrival and stay for a few days, then leave. When they go back, they’ll bring back two new Tourist applicants. This is pretty cool because players can now establish a vacation destination on Mars and also get some additional income from it!

The Da Vinci update is already live on PC and console launches coming shortly. Another update called the Sagan Update will come next month in September with plenty of challenges along with it.