Bethesda was found to have a placeholder on Amazon for an upcoming game. The listing had a Fallout-style countdown timer. Uh oh- have they done it again? Probably not. Bethesda seems to be getting their act together after the disaster that was Fallout 76. They’ve released a Fallout 76 roadmap with the Wild Appalachia update. … Read more New Fallout placeholder spotted on Amazon – Remake or Fallout 5? 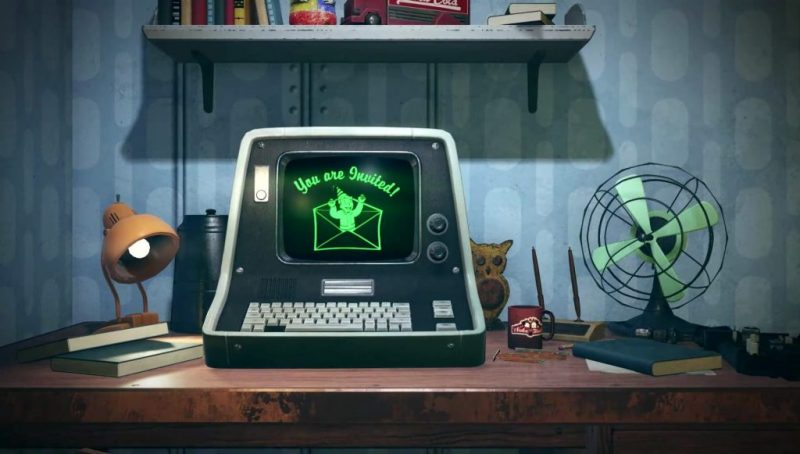 A 24-hour live stream debuted nothing but a “Please Stand By” sign, a figurine, a watch, and random things on screen from employees at Bethesda. Over 2 million viewers still watched it.

Todd appears later and thanks everyone for showing up. Then shows off a new trailer for the newest Fallout game.

Fallout 76 was announced. The trailer shows off some of the fine artwork and ends with an unknown character wearing a jacket with the logo. Vault 76 is one of the 17 control vaults and had 500 occupants at one point. It was set to be unlocked only 20 years after a nuclear war. It has been referred to in Fallout 3 Mothership Zeta and Fallout 4 in the prologue segment.

Jason Schreier, a Koatku reporter, stated that he hard about Fallout 76 being an online game developed by Bethesda in Maryland and Austin. There’s no detail about whether or not this is true. Details expected at E3 this year.