For those who are into indie games, Humble Bundle has Gone Home now available for free. Although the game’s sentiment is highly-regarded as a positive experience, there is a select group of players who find it the completely opposite. On one hand, you have a group of players who think the game’s storyline is emotional … Read more Gone Home free on Humble Bundle for a limited time 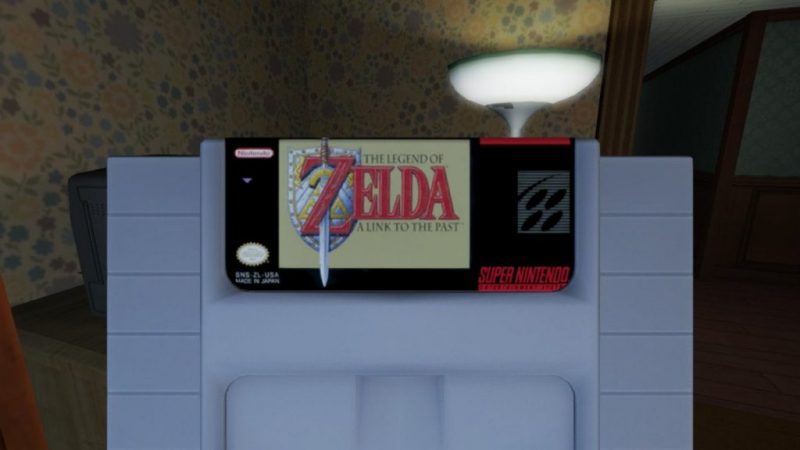 Gone Home fans will remember that the emotional and atmospheric indie game had some various NES cartridges (carts) scattered around the house that you explore. In the mid-90s time period, you play as a female character discovering and uncovering the ties between her and her friend.

You’ll find fitting objects that take place within the same slice of time, including older furniture, toys, and appliances. The SNES cartridges were blank, with no specific Nintendo games used on them as there was no licensing granted to the developer Fullbright.

However, for the Gone Home Switch release, players will be delighted to see that real SNES carts have replaced the fake carts. Some classic and fan-favorites have now taken the spotlight, including Donkey Kong Country, The Legend of Zelda: A Link to the Past, and Super Mario Kart.

Developer Steve Gaynor of Fullbright recently posted on Twitter confirming the licensing gig Nintendo has granted them. They’re now able to use real SNES games from the 90s to put in the Switch version of Gone Home.

Hey, you noticed 😉 Thanks, @NintendoAmerica for being so cool about letting us include these in the Switch version of Gone Home ✌️💖🎮 https://t.co/ziZEnhjupE

Although it doesn’t do much to change the core gameplay, it’s like an easter egg for those who care.

Gone Home has been released on the Nintendo Switch last week. It’s available through the Nintendo eShop now. Pretty awesome of Nintendo to cooperate with Fullbright.

Thanks to liamdohertee for the featured image on this post!